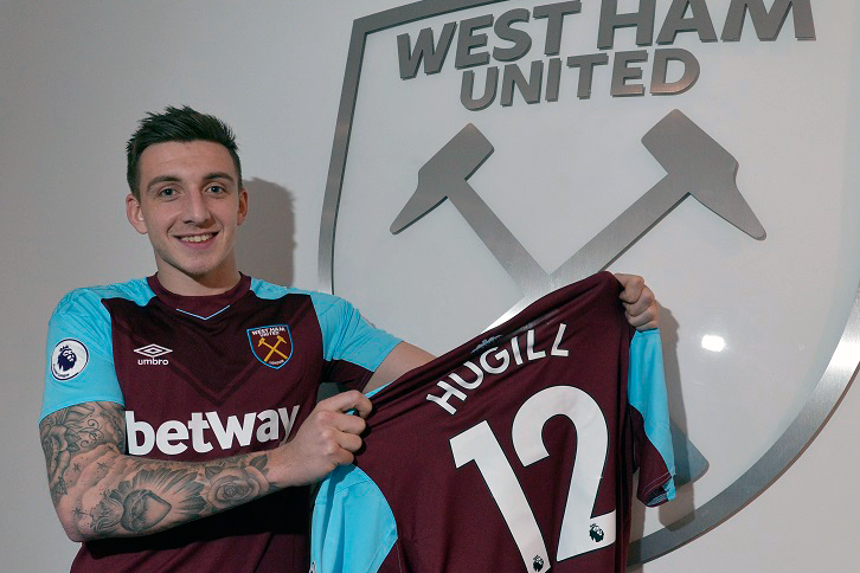 The 25-year-old striker has signed a four-and-a-half-year contract to move from the Championship club for an undisclosed fee.

"Where I've come from in the last five years to where I am now, in the Premier League, is amazing," Hugill told West Ham's official website.

"I'm still pinching myself to see if it's all real, but hopefully I can bring my qualities from Preston here to West Ham."

Hugill has scored 10 goals in all competitions this season and is West Ham's second January signing, following Joao Mario from Inter Milan.

He will wear the No 12 shirt and could make his PL debut at Brighton & Hove Albion on Saturday.