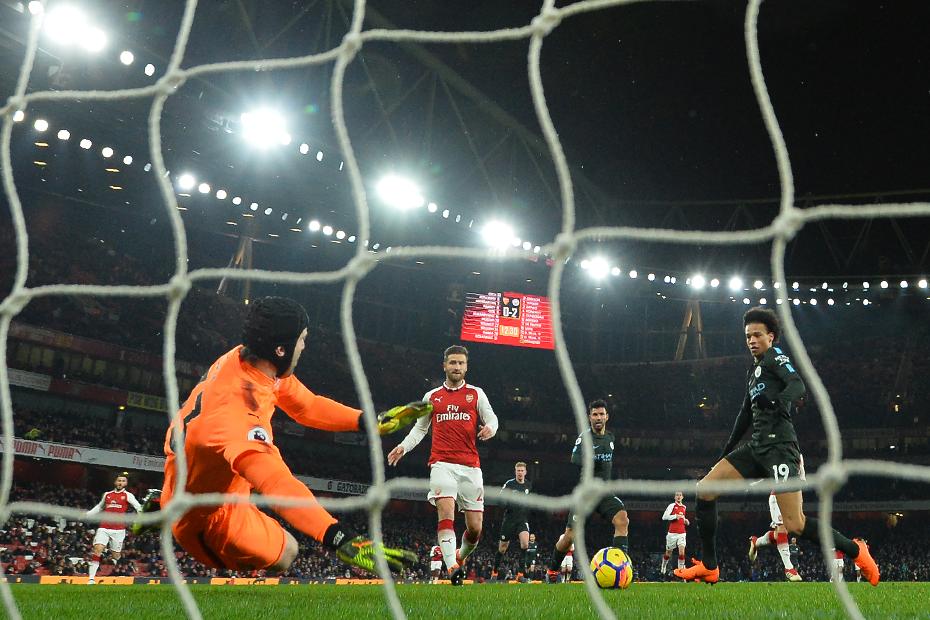 Manchester City beat Arsenal for the second time in four days, winning 3-0 at Emirates Stadium to go 16 points clear at the top.

Pep Guardiola's side followed up their Carabao Cup final triumph by becoming the first team to score three goals in the first half of an away Premier League match at Arsenal.

The first came on 15 minutes when Leroy Sane dribbled and passed to Bernardo Silva, who curled in from 18 yards.

It was 2-0 on 28 minutes when Sergio Aguero teed up David Silva to score after more good work from Sane, who added a third from Kyle Walker's cross.

The Gunners were denied a consolation goal on a snowy night in north London when Ederson saved Pierre-Emerick Aubameyang's penalty.