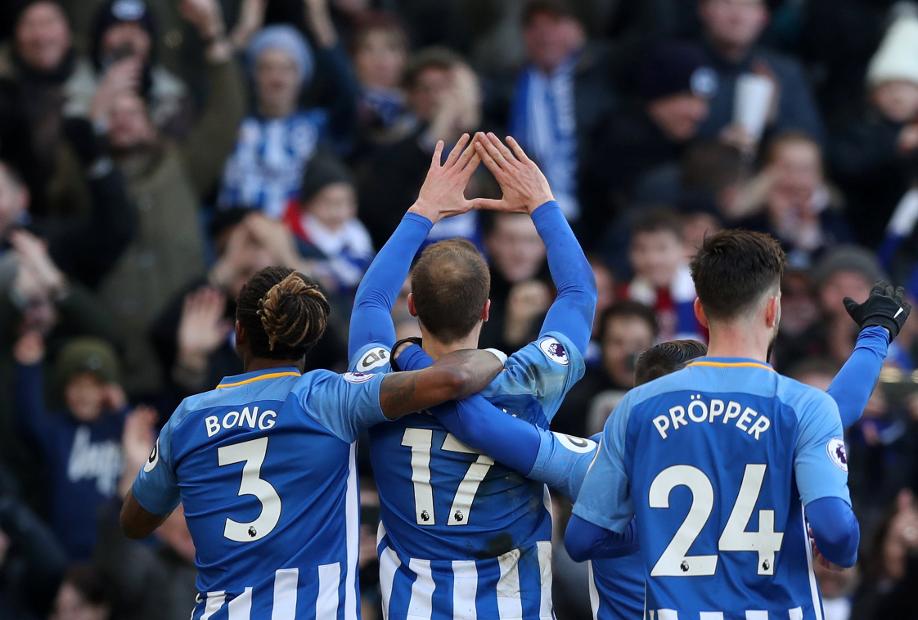 Murray opened his account from the penalty spot after he had been fouled by Mike van der Hoorn.

Just before half-time both sides hit the woodwork, with Shane Duffy heading against the Swansea bar from a corner before Jordan Ayew struck the post at the other end.

Murray doubled the lead with his 10th Premier League goal of the season from Jose Izquierdo’s pass before Anthony Knockaert tucked in the third.

Swansea were given hope when Tammy Abraham's shot deflected in off Seagulls defender Lewis Dunk but substitute Jurgen Locadia hit Brighton's fourth on his PL debut.