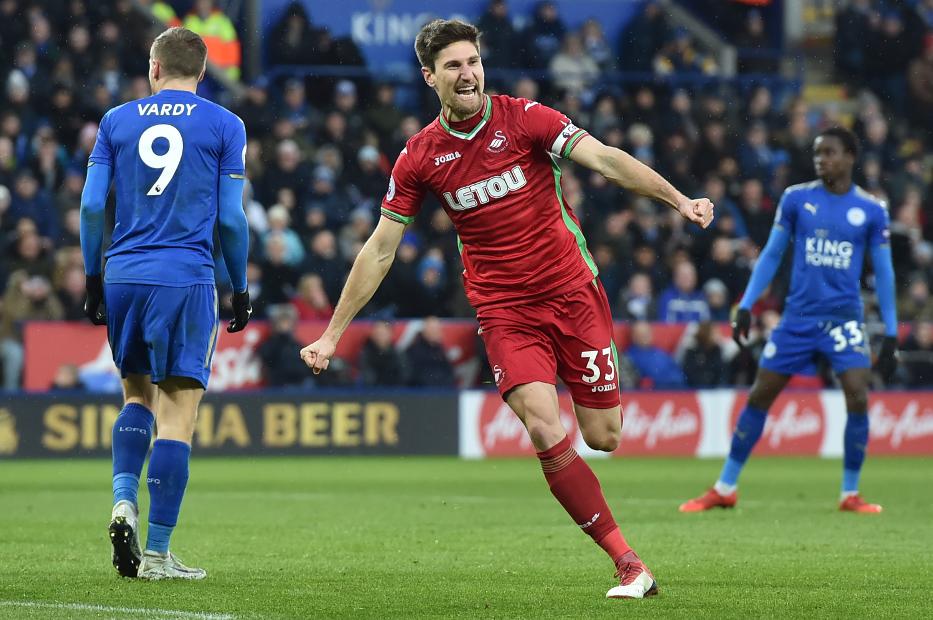 Swansea City extended their unbeaten run to four matches as Federico Fernandez’s header secured a draw at Leicester City that lifts them out of the relegation zone.

The Foxes dominated the first half and took the lead on 17 minutes as Jamie Vardy struck his 12th goal of the season from Kelechi Iheanacho's assist.

On his first PL start for Leicester, Fousseni Diabate was denied by Lukasz Fabianski before Iheanacho’s follow-up was blocked on the line by Alfie Mawson.

Carlos Carvalhal's side hung in there and after a Wilfred Ndidi goal was ruled out for offside, Swansea took advantage to level on 53 minutes when Fernandez headed in Ki Sung-yueng’s corner.