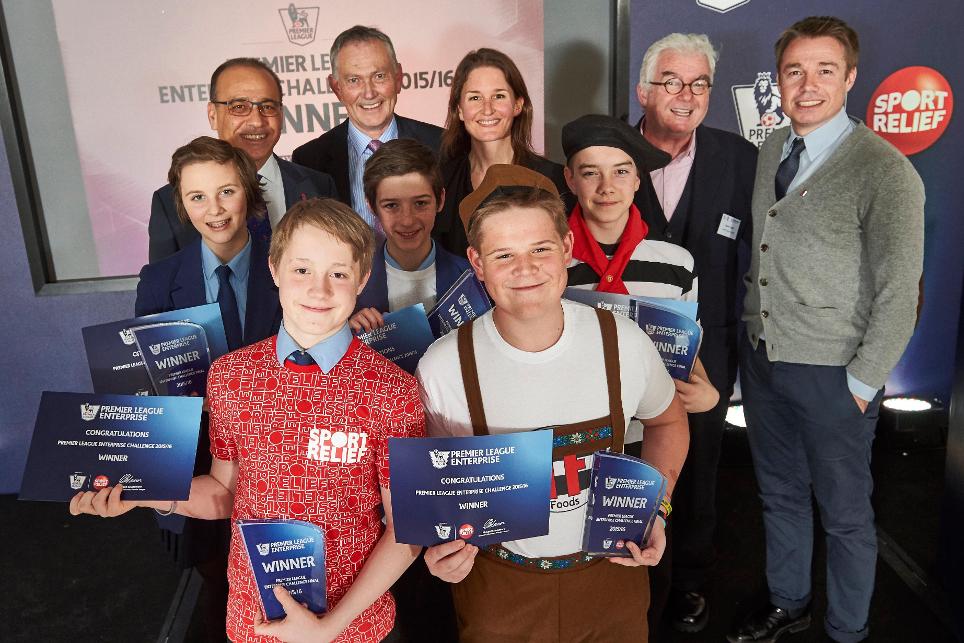 The United team impressed the judges at the final in London with their "Transfer Foods" proposal, which involves food dishes created in honour of United's new signings as well as fanzone marquees being erected outside Old Trafford before kick-off.

The idea has been implemented by Manchester United, after the backing of group managing director, Richard Arnold. The team also met the club's catering team to choose a German-style menu for the match against Stoke City last month in honour of Schweinsteiger, the FIFA 2014 World Cup winner, who was so impressed with the idea that he recorded a good luck video for the team ahead of the final.

"I am overwhelmed," said team member Lucy. "It's been such a great experience. I have learnt so much. Everyone's confidence has grown, we've learnt how to manage difficult questions, how to speak in front of large crowds as well as the business side of things.

"The key thing has been working as a team because if we didn't have the link we all have with each other, then it would have been much harder. I didn't think we would grow this much. I am so happy that we have."

The teams had won regional qualifying events to represent their clubs, before taking part in play-offs at Manchester City, Arsenal, Newcastle United and Stoke City.

This year's challenge asked the youngsters to formulate fully costed plans to encourage fans to spend more time at the stadium on matchdays.

For Paphitis, who was a judge last year, choosing a winner was not easy.

"It was really tricky," he said. "We picked United because they had to prove a concept, it's transferable around other grounds, it's different, and it's always going to be refreshed as clubs are always signing new players.

"Last year was brilliant and I didn't expect the same this year, to be honest. I'd read the presentations and you think, 'Do you understand what you are talking about?'

They knew exactly. They had thought things through and were able to articulate it, document it and, in Man Utd's case, execute it.

"Maybe I am coming to the end of my career because I wasn't anywhere near as good as these at their age. It's frightening."

The teams also had stands for their proposals that were visited by Scudamore and Sam Gyimah MP, the Education Minister, who praised the students for their efforts.

"The crux of this scheme is to inspire all of you to realise that whatever your dreams are, whatever your ambitions, if you work together and persist at it, you can achieve it," he said.

Open Academy Principal Jon Platten, who came to watch his team represent Norwich, believes the scheme will have a major impact on the students.

"Having an opportunity to stand on a stage like this and to give presentations in front of national and internationally known people can do nothing but provide them with a fantastic opportunity which will stand them in good stead for the rest of their lives," he said. "I am very proud of them.

"Ultimately, it’s why people go into education because they want to see young grow and develop and achieve their potential."