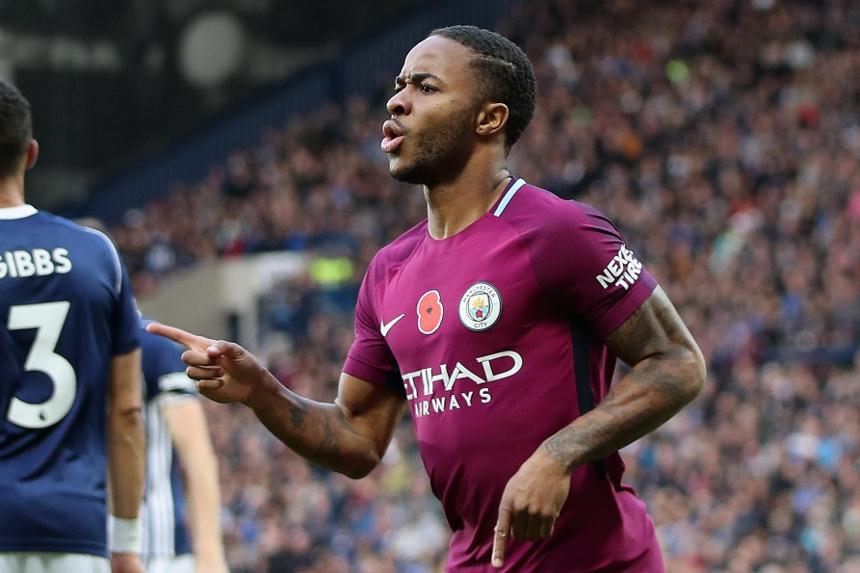 Manchester City have confirmed winger Leroy Sane has ankle ligament damage and is expected to be out for six to seven weeks.

Gabriel Jesus, Fabian Delph and Benjamin Mendy (all knee) are out, as is Phil Foden (ankle). It is not clear whether new signing Aymeric Laporte is eligible to make his debut.

West Bromwich Albion are without James Morrison (leg) and Nacer Chadli (thigh), while Kieran Gibbs, Jonny Evans, Hal Robson-Kanu and Jake Livermore are all out with hamstring injuries.

Gareth McAuley (illness) faces a late fitness test but loan signing Daniel Sturridge is set to make his debut for the Baggies.

Manchester City have won 15 of their last 16 Premier League encounters with West Bromwich Albion, drawing the other. This includes wins in the last 12 matches in a row.

City have scored at least twice in each of their last 11 PL home matches. It is their longest such run in the competition and the longest of any team since Liverpool’s record of 14 in April 2014.

City have had two players (Kevin De Bruyne and Leroy Sane) reach at least 10 assists for the first time in the same PL season. With David Silva on eight assists, they could become only the third team in PL history to have three players reach double figures for assists in the same campaign, after Liverpool in 1995/96 and Arsenal in 2004/05.

Pep Guardiola: "[Laporte]’s a left-footed central defender who has played since a young age in La Liga on the biggest stages."

See: Guardiola on the new signing

Alan Pardew: "[Sturridge] looks well, and has already done a couple of things to make you go 'Oooh' in a good way."