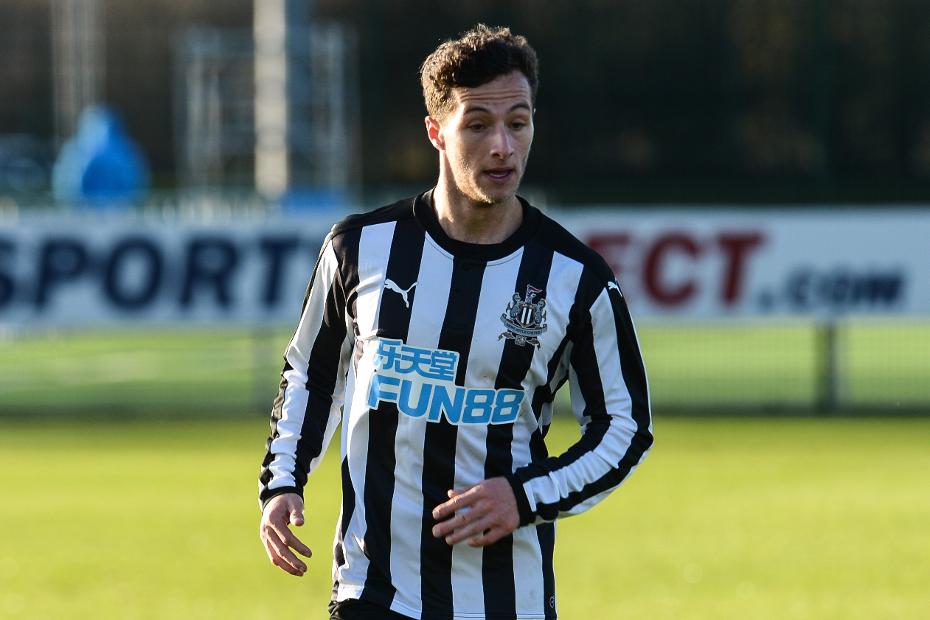 Newcastle United moved above Burnley to the top of Group D by beating them 4-0 at Edgeley Park, with three assists coming from Jamie Sterry.

Luke Charman and Dan Barlaser scored twice each, with the former opening the scoring from Jamie Sterry's cross.

Another Sterry cross set up Barlaser for the second before half-time.

Shortly after the break, Sterry's centre found Charman to make it 3-0, before Barlaser wrapped up the win when he latched on to Lewis McNall's pass and rounded Burnley goalkeeper Adam Legzdins.

Newcastle are three points clear of Burnley, having played one more match. They will clinch qualification to the knockout stages if they beat Swansea City next month.