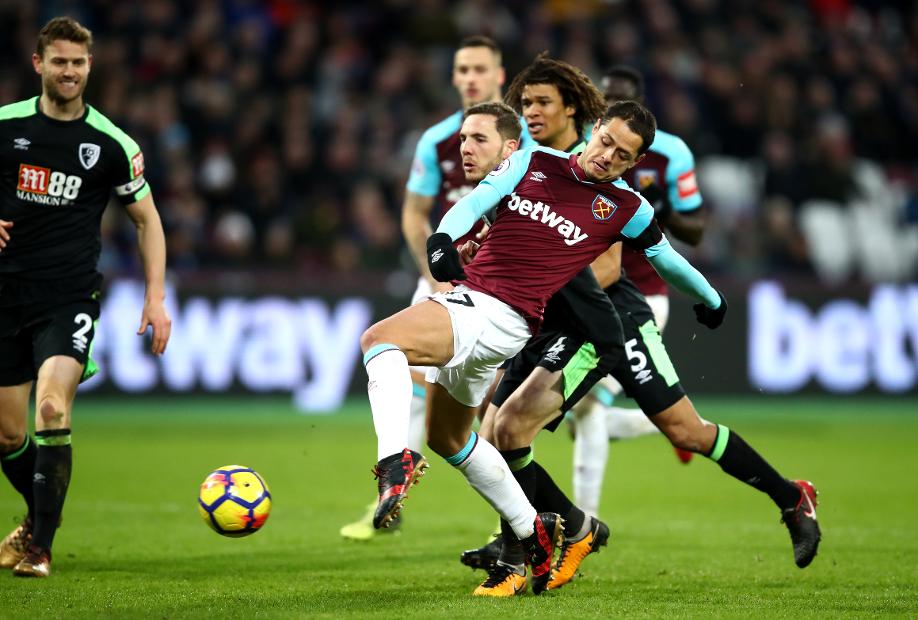 Substitute Chicharito rescued a point for West Ham United as they shared a 1-1 draw with AFC Bournemouth at London Stadium.

The Mexican striker, who replaced the injured Manuel Lanzini, equalised for the Hammers just 64 seconds after they had fallen behind to Ryan Fraser's strike.

After a goalless first half, the visitors went ahead when Fraser skipped past Pablo Zabaleta and finished well past Adrian on 71 minutes.

The lively Marko Arnautovic, who had twice come close to scoring, had another shot blocked but this time Chicharito was well placed to follow up.

West Ham are 11th with 26 points, a place and point above the Cherries.