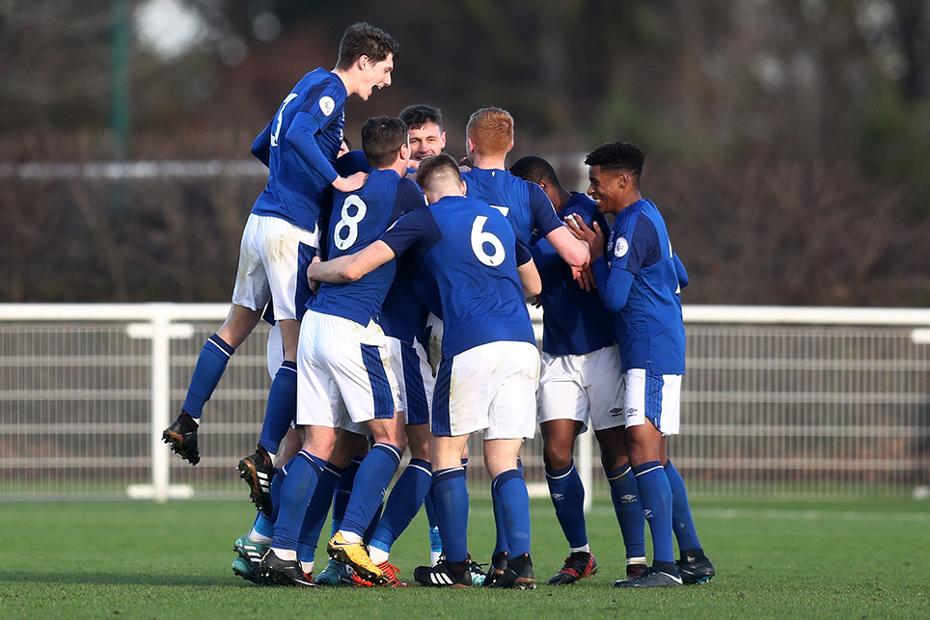 Champions Everton moved up to within seven points of Division 1 leaders Liverpool, with a match in hand, thanks to a 2-1 comeback victory at Tottenham Hotspur.

Jack Roles had put bottom club Spurs on course for their third win of the Premier League 2 season with the opener on 68 minutes, but a late double from Antony Evans turned the match on its head.

Three minutes after Roles’ goal, substitute Jose Baxter played in Evans to score the equaliser, before the forward produced the winner with a powerful strike on 80 minutes.

David Unsworth’s Everton moved up to third before Arsenal's match against Manchester United on Monday evening, while Spurs are four points adrift of safety.