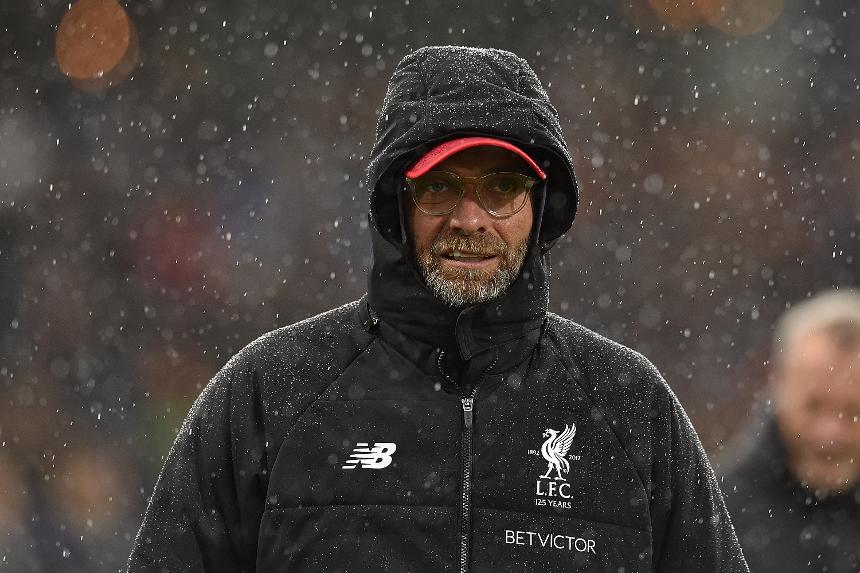 Liverpool could give a Premier League debut to January signing from Southampton Virgil van Dijk, while top scorer Mohamed Salah is fit after a groin strain.

Daniel Sturridge is back in training but Sunday will likely come too soon for Jordan Henderson (thigh) and Alberto Moreno (ankle).

Manchester City are without captain Vincent Kompany and Gabriel Jesus, though the latter could be fit within two to three weeks.

Liverpool are unbeaten in their last 14 Premier League home matches against Manchester City (W10 D4), winning the last four in a row.

Manchester City won the reverse fixture 5-0 in September but have not done a league double over Liverpool in more than 80 years.

Sergio Aguero has scored more PL goals against Liverpool than any other Man City player (6 in 11 matches) but is yet to score in five visits to Anfield.

Jurgen Klopp: “It’s interesting to play against City. They play really good and if you don’t respect that, you have a problem. But if you are not brave in your game, you will also have a problem. You need to show up.”

Pep Guardiola: "It another test against a really good team. We are facing them in their best moment. With Van Dijk they are even better."