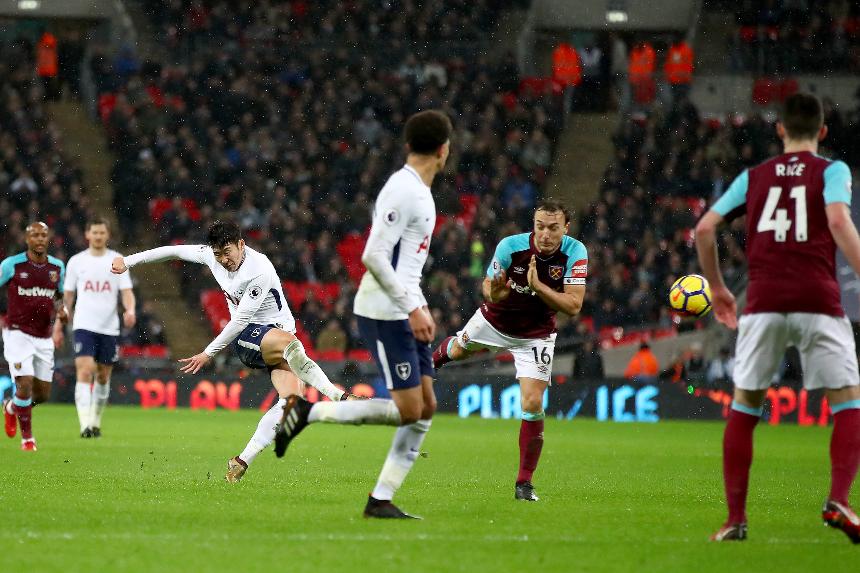 Obiang: What was in my mind? Nothing! Just shoot! External Link

A late wonder strike from Son Heung-min earned Tottenham Hotspur a 1-1 draw with West Ham United that will be remembered for two fabulous goals.

After 70 minutes at Wembley dominated by Spurs, Pedro Obiang thundered a strike in off Hugo Lloris's near post from about 30 metres on the left with West Ham's first shot of the match.

Spurs went back on the offensive but their shots were blocked, saved or off target.

The one shot of the 31 they attempted that paid off came with six minutes remaining, as Son let fly from a distance similar to Obiang's goal to equalise.

Spurs pressed for a winner but West Ham held firm to go two points above the relegation zone in 15th.