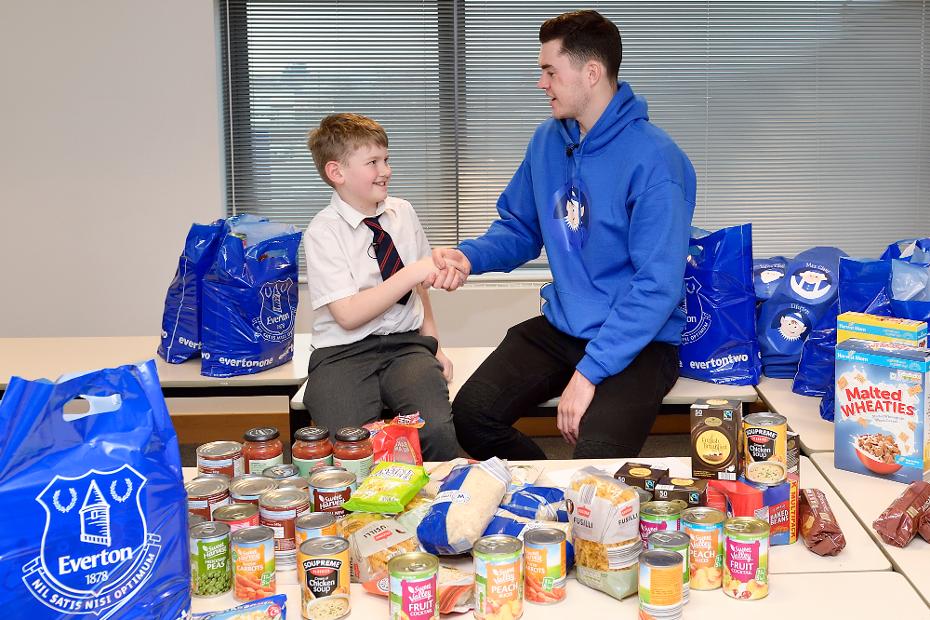 Keane: Everyone has bought into boss' way External Link

Alfie lost his dad in May this year after he passed away suddenly due to a mental health illness.

But this tragedy only inspired the eight-year-old to seek ways to help those less fortunate than himself.

"He’s had to grow up a lot and learn a lot about mental health and what to look for," explains Alfie’s mum.

"In all this process he has decided that he is not the only person who is suffering and he thinks that his life will be better if he helps other people."

As a big Everton fan, Alfie wrote to the club last month asking for ideas to assist those in need.

The two agreed that the best way to help was with the Fans Supporting Foodbanks initiative.

This initiative was set up by football fans to raise awareness of the need for foodbank donations all year round, to help families for whom getting basic meals was proving a challenge.

So just before Christmas Alfie went along to Everton’s USM Finch Farm training ground and he and first-team defender Michael Keane packed food items such as canned beans, biscuits, UHT milk and concentrated juice for the foodbank.

"I wanted to do this to help make sure that no one is going hungry at Christmas," Alfie says.

Keane adds: "It’s special to spend time like this with people like Alfie. He is very inspirational."

These packages were dropped off at the North Liverpool Foodbank, near Goodison Park, by Everton first-team manager Sam Allardyce and his assistant, Sammy Lee, who met the volunteers who help distribute the packages.

More than 7,000 people, of which nearly 3,000 are children, have been fed by such donations this year, explains Vicky Ponsonby, from the North Liverpool Foodbank.

"Our work with Fans Supporting Foodbanks has brought in over 10 tonnes of donations and every item we receive is distributed to families and individuals living in North Liverpool," she explains.