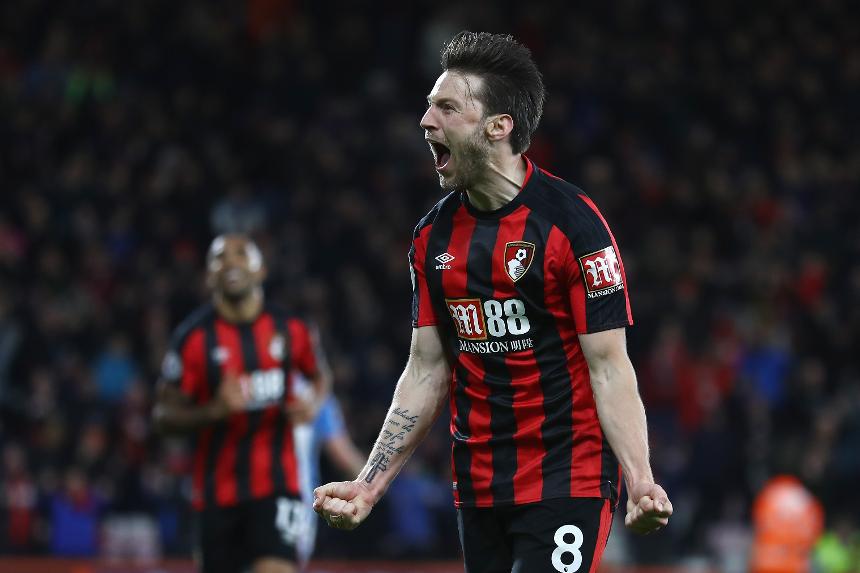 AFC Bournemouth manager Eddie Howe says he will make late calls on a number of his players, with Charlie Daniels (groin), Harry Arter (calf) and Andrew Surman (muscular) among those who are doubtful.

Jermain Defoe (foot) and Tyrone Mings (back) are long-term absentees, while Junior Stanislas (thigh) is still out.

Wayne Rooney has recovered from illness and is in contention for Everton. James McCarthy is also available but Leighton Baines (calf) has suffered a setback.

Idrissa Gueye (thigh) and Ross Barkley (also thigh) may not be rushed back and Seamus Coleman (leg) is "progressing nicely", says Sam Allardyce.

This will be the 10th competitive meeting between AFC Bournemouth and Everton and the Cherries have only won one of the previous nine (W1 D1 L7).

The previous five Premier League meetings between these two clubs have produced 22 goals - an average of 4.4 per match with Everton scoring 13 and AFC Bournemouth nine.

Ten of the 22 goals scored in those previous five fixtures have come in the final 15 minutes of the match (45%).

Everton haven’t ended the year with a Premier League victory since 2013, having lost their final match of both 2014 and 2015, before drawing with relegated Hull City in 2016.

Eddie Howe: "Rooney is an incredible player. We've played against him previously, but we'll try and show the form we did against West Ham."

See: Howe on when injured players may return

Sam Allardyce: "The only thing we have done recently is transform the team into a better defensive unit, and that has given us a platform. But I am still a little concerned about the amount of goals we are capable of scoring."