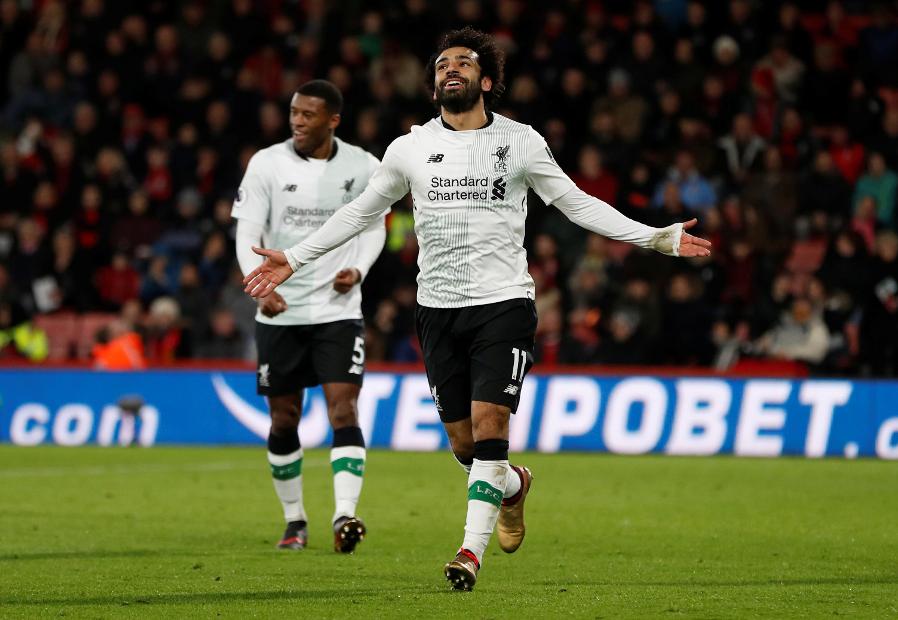 Coutinho, Lovren, Salah and Firmino on target as Klopp's side go fourth thanks to 4-0 win on south coast

After striking the post with an early free-kick Coutinho embarked on a 40-yard run in the 20th minute, leaving several players in his wake before applying a low finish.

Jermain Defoe hit the post for the hosts but Salah made it 3-0 on 44 minutes after weaving his way in from the right for his 20th goal in 26 matches.

Alex Oxlade-Chamberlain hit an upright for Liverpool before Firmino headed in the Reds’ fourth from Coutinho’s 66th-minute cross.

The win lifts Liverpool a point above Arsenal in fourth place. AFC Bournemouth slip to 16th.