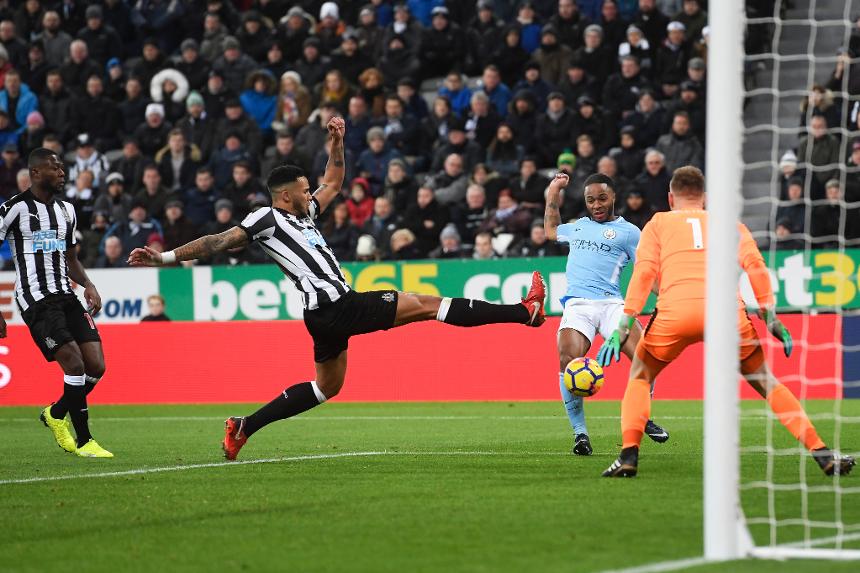 City roll on thanks to Raheem Sterling External Link

Raheem Sterling struck the only goal as Manchester City stretched their Premier League lead to 15 points with a 1-0 win at Newcastle United.

Sergio Aguero hit the post early on and had a goalbound header tipped over by the excellent Rob Elliot on 17 minutes.

Elliot also denied substitute Gabriel Jesus before being beaten by Sterling, who adjusted his feet cleverly to slip Kevin De Bruyne’s lofted pass under him and in off the upright on 31 minutes.