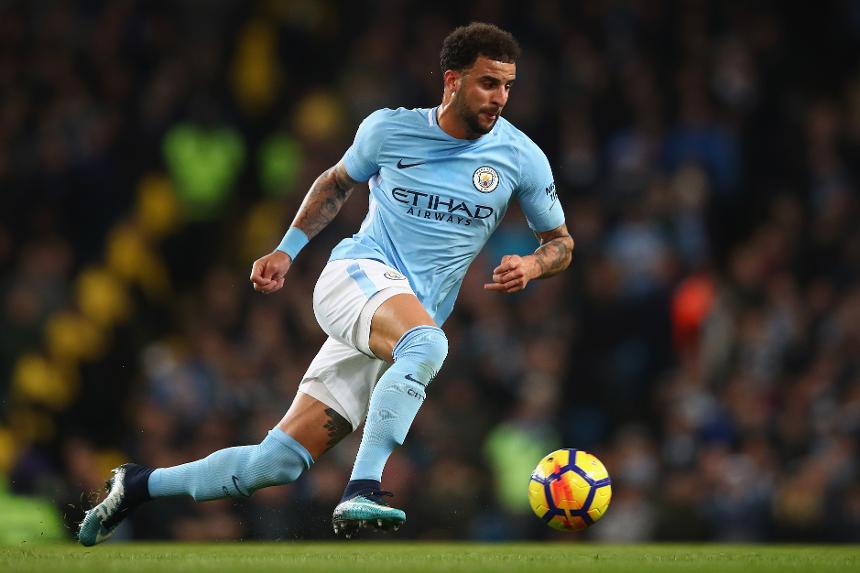 The Man City full-back prepares to face his former side, Spurs, as a changed player, Adrian Clarke explains

Guardiola: I have a lot of respect for Tottenham External Link
Classic match: Man City 3-2 Spurs

Kyle Walker faces his former club for the first time this weekend when Manchester City host Tottenham Hotspur at the Etihad Stadium.

Adrian Clarke studies how the right-back has changed his style since the switch.

Pep Guardiola loves to educate and improve the players he works with, and under the Spaniard, Walker is developing into a far more tactically aware footballer.

Over the past few seasons the 27-year-old has earned a reputation for being one of the Premier League’s most adventurous full-backs, catching the eye with regular rampaging runs down the right.

Under Guardiola Walker has learned how to show a little more restraint, curbing his natural attacking instincts for the benefit of the team.

Making significantly fewer surges forward with the ball at his feet and delivering far fewer crosses than last term for Spurs, Walker has seamlessly adapted to the instructions of his new boss.

His distribution has also undergone a marked change.

Asked to focus harder on ball retention than at Spurs, Walker has shortened up his range of passing, reducing his selection of long passes from 13% last season to 7%, while increasing his passing accuracy from 80% to 88%.

How Walker has changed

What has impressed me most about Walker’s form for City has been his match-by-match adaptability.

In the early weeks he looked terrific as a wing-back, hugging the touchline in the same way he did in north London. Flying forward to stretch opposition teams, there was no dramatic difference.

Just a few weeks later, at Chelsea in late September, Walker was instructed to occupy positions infield, effectively operating as a hybrid of central midfielder and full-back, who occasionally "underlapped", advancing on the inside of the winger in front.

It was the opposite to what he had had to do previously, a role designed to help combat counter-attacks, and one in which Walker excelled.

He showed the same tactical understanding against Leicester City and Arsenal, too.

Given his natural inclination to attack, his discipline as an inverted full back has been admirable.

Guardiola has instructed his full-backs to retain their discipline in the tougher tests his side have faced.

At Chelsea, Leicester and Manchester United, as well as at home to Arsenal, Walker rarely ventured into advanced areas inside the final third.

Across those fixtures he made a grand total of one cross and three key passes, without having a single shot at goal.

So, based on that premise, I believe he will adopt a similar stance this weekend.

Walker has also realised the need to adapt his game to the winger who plays ahead of him on the right.

Against Burnley and West Bromwich Albion, where Bernardo Silva was eager to float inside from the right, the full-back bombed up the pitch with greater frequency, delivering a 75% increase in crosses compared with his season’s average.

When Raheem Sterling is ahead of him, as has been the case for most of the campaign, Walker is content to support him from behind, allowing his team-mate to hug the touchline.

It is a huge change from the job he performed with such distinction at White Hart Lane.

If both Walker and Sterling are selected to face Spurs, expect this to be City’s approach down the right.

In direct competition with the outstanding Son Heung-min, I believe Walker will play slightly deeper and more infield, just as he did at Chelsea.

This could help City cope with breakaways launched by the in-form South Korean.

Tomorrow: How Rooney is thriving under Allardyce