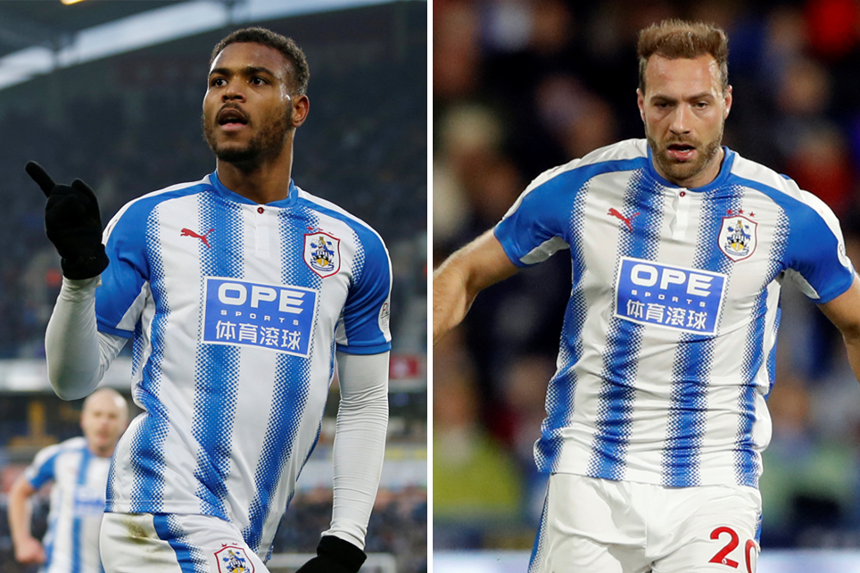 Huddersfield Town last scored a Premier League away goal on the opening day of 2017/18.

Ahead of Saturday’s trip to Watford, Adrian Clarke assesses how David Wagner’s attacking options can end this 642-minute drought.

Wagner likes a muscular presence to lead his attack, but the Huddersfield head coach has yet to discover a formula that brings the best out of Steve Mounie or Laurent Depoitre away from John Smith's Stadium.

With his team set up to be compact, a trait that has helped Huddersfield limit efforts on their own goal to 12 per match, the eighth best away record in the competition, both forwards have become isolated figures.

Starved of quality service, neither player has averaged more than 3.5 touches inside the opposition box in eight away fixtures.

Depoitre scored a wonderful header against Chelsea on Tuesday night, but has had just five efforts on goal in seven appearances on the road.

All three of the 29-year-old’s PL goals have been scored at home.

As for Mounie, since scoring twice at Selhurst Park back in August, he has also struggled to make an impact.

Although he attempts more shots than Depoitre, a two-goal haul at home to Brighton & Hove Albion this month is all Mounie has to show for his efforts.

Depoitre v Mounie away from home

Of the two I believe Mounie to be the best suited to help Wagner’s side break their away drought at Vicarage Road on Saturday.

Both strikers have a commendable work-rate as well as a deceptive turn of pace for such big men (Delpoitre is 191cm tall and Mounie 190cm) but it is Mounie who offers slightly more.

His sharper movement and eagerness to make angled runs makes it easier for team-mates to get him involved in play.

He is also excellent in the air: in Ligue 1 last season six of his 14 goals were headers.

What Huddersfield need to do is to offer him the right kind of supply from out wide.

On the opening weekend Aaron Mooy found Mounie's head with a superb cross, but that link-up has not been replicated enough.

Against a Watford side who have not dealt brilliantly with crosses this season – they have let in nine set-piece goals – accurate deliveries for Mounie may bear fruit.

It would be unfair to single out these two forwards’ records as the sole issue for the Terriers to address.

On the whole, the Yorkshire side have been lacking in creativity.

Mooy, Tom Ince, Rajiv van La Parra and Elias Kachunga have all impressed in fits and starts, but disappointingly no member of Wagner’s squad has provided more than one assist in 2017/18.

Mounie and Depoitre are also responsible for scoring all but three of Huddersfield’s goals, with 25% and 33% conversion rates respectively.

Wagner may well be considering the acquisition of a different style of forward in January, but there is no reason why his current strikers cannot thrive home and away.

Offering power, speed, and solid finishing, both have shown they can score goals in the air, on the deck or when running in behind.

The task in hand, beginning with the visit to Watford, is to provide them with better service.

If they are to avoid slipping into a relegation battle it is vital the Terriers show more attacking bite away from their own stadium.