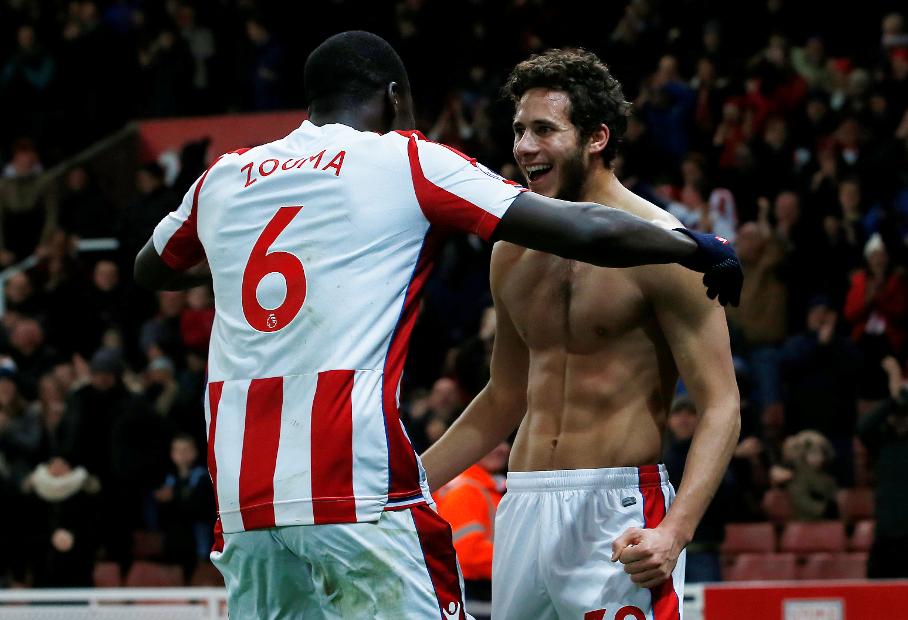 Pardew: We deserved something from the game External Link

Joe Allen had put Stoke ahead on 19 minutes after Peter Crouch had driven the ball across the area.

Allen set up Choupo-Moting to double the lead in first-half stoppage time.