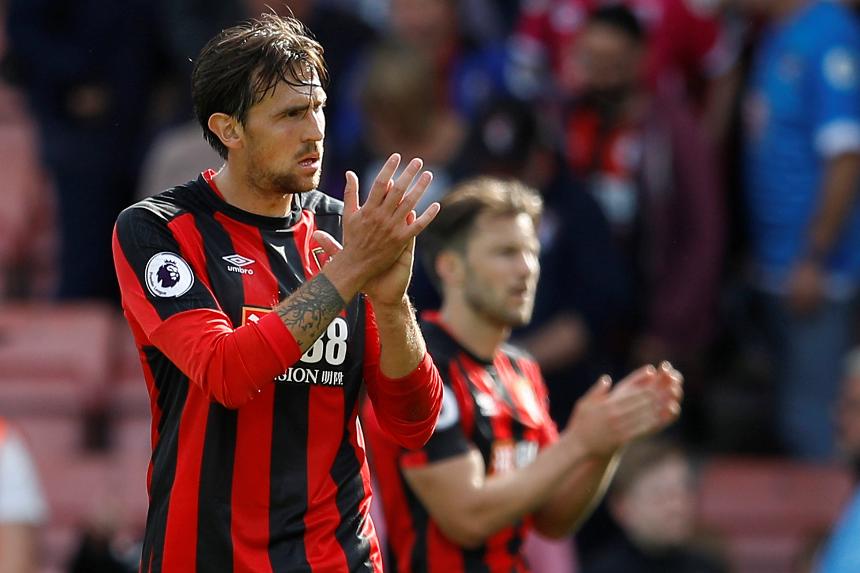 Ederson: I would play outfield if asked! External Link

Manchester City will be without midfielder Phil Foden, while there are doubts over both Vincent Kompany and David Silva.

John Stones (hamstring) is back in training but the match may come too soon for the centre-back.

Manchester City have won nine and lost none of their 11 previous league matches against AFC Bournemouth (D2), winning all five in the Premier League.

AFC Bournemouth have never won a match in Manchester against either City or United in 11 previous attempts in all competitions (W0 D2 L9).

Manchester City are three away from becoming the first team to score 100 Premier League goals within a calendar year.

Raheem Sterling has scored in all four of his PL appearances against the Cherries, netting six goals including a hat-trick in October 2015 and a last-minute winner in this season’s reverse fixture.

Pep Guardiola: "It was important after the draw against Everton. Nobody expected then we would win 16 games in a row. After that, we won against Liverpool. You are not always able to win games by a big margin so in that moment, it was important."

Eddie Howe: "I think we have to believe that we can win. Saying that, it's going to be extremely difficult and we're probably going to need a bit of luck."