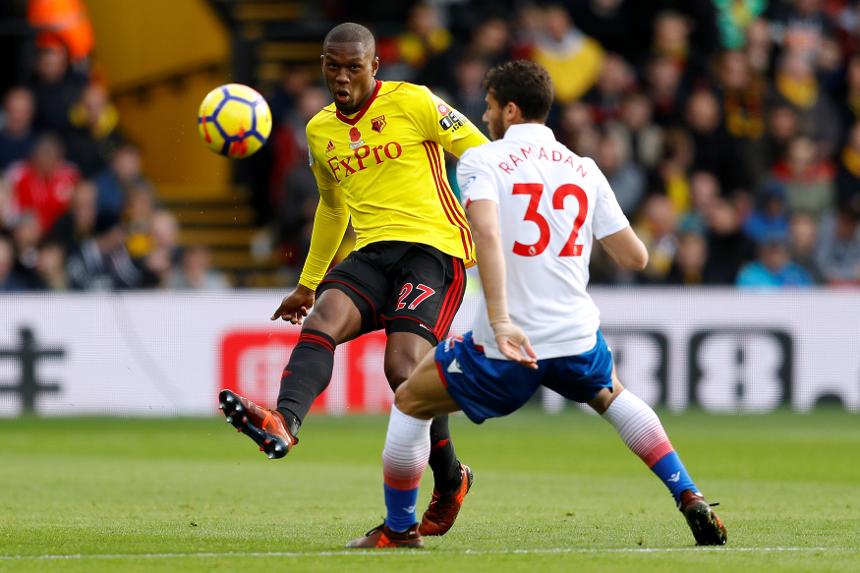 Watford centre-back can rival expensive FPL defenders at a much cheaper price, reckons The Scout

Mariappa | “We Were In Control” External Link

Fixtures play a vital role in selecting defenders in Fantasy.

With five of Watford's next six opponents scoring two in the Fixture Difficulty Rankings (FDR), Marco Silva's men have the opportunity to add to their tally of five clean sheets.

That opens the way for Kabasele to claim a place in FPL squads.

The Terriers have failed to score on their travels since the opening weekend, blanking in seven consecutive away matches.

Kabasele is dominant in Silva's defence, capable of delivering in both penalty areas.

Since his first start in Gameweek 3, the Belgian has won more aerial duels (58) than any Watford defender.

That has helped him rank top for clearances, blocks and interceptions (CBI), with 138.

A key statistic in the Bonus Points System (BPS), this could help Kabasele earn bonus points in these favourable fixtures.

He is also a threat at set-pieces, with two goals this season, both in his last seven appearances.

That has prompted FPL managers to turn to Kabasele.

His ownership has increased by over 89,000 over the last two Gameweeks, but he is still found in only 2.2% of squads.

But with expensive defender options failing to provide consistent clean sheets, now is the time to look to Watford and Kabasele to provide a cut-price solution.