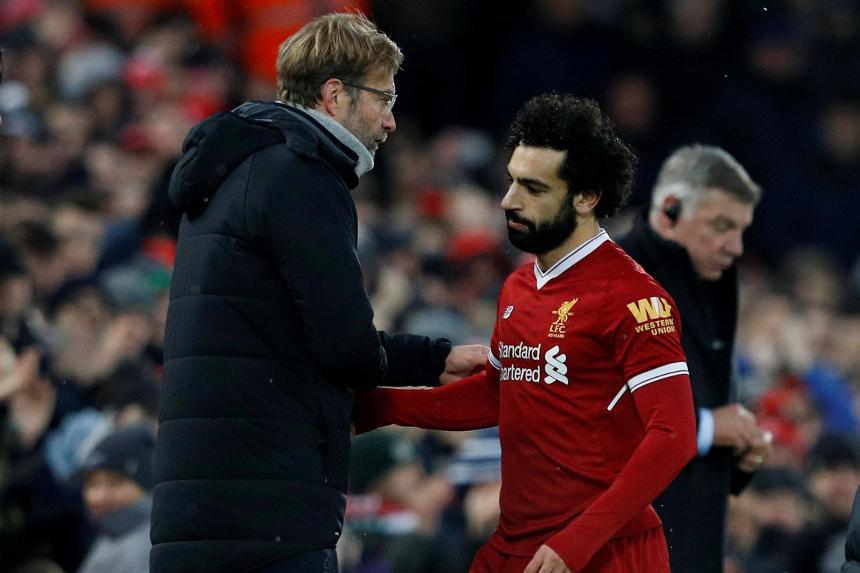 Jurgen Klopp revealed that he took Mohamed Salah off early in Sunday’s Merseyside derby because of a hamstring issue.

Liverpool’s leading scorer was substituted at Anfield in the 67th minute and Klopp explained why, suggesting he would continue his rotation policy after not starting Philippe Coutinho and Roberto Firmino for the match.

"I took Mo Salah off because he had a hamstring a little bit," the Liverpool manager told the club’s official website ahead of tonight’s match at home to West Bromwich Albion.

"He is not [injured] at the moment, thank God. Hopefully, we took him off early enough.

"All these games, I really think if you have the quality in the squad that we have, you have to use it.

"I’ve said it before: you cannot play the same 11 players all the time until four of them are injured."