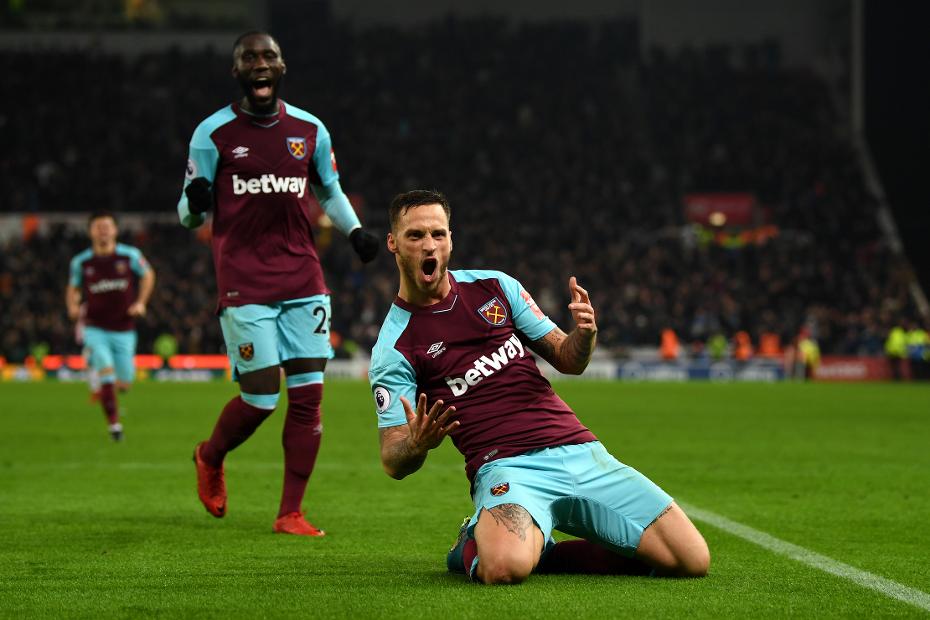 Marko Arnautovic scored on his return to Stoke City as West Ham United recorded a 3-0 victory at the bet365 Stadium.

Mark Noble, on his 300th Premier League appearance for the Hammers, converted from the spot on 19 minutes after the match had been delayed by an hour.

Arnautovic, who had been denied by Jack Butland and then the crossbar, added a second against his former club.

Diafra Sakho netted a third after a brilliant pass by Manuel Lanzini as the visitors won at Stoke for the first time since March 2013.