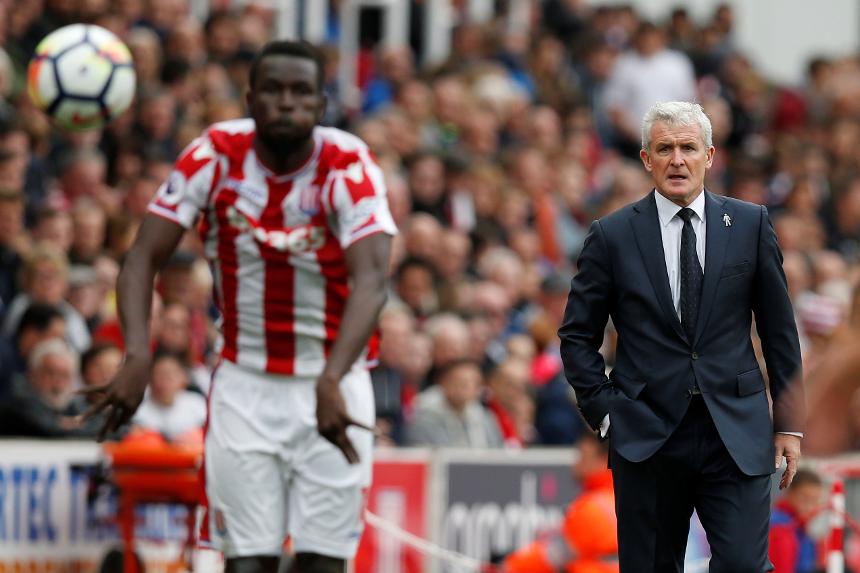 Moyes: I am thrilled with the way we played External Link
Match officials appointed for Matchweek 18

Stoke City defender Kurt Zouma has been ruled out with a hamstring injury. Jese and Bruno Martins Indi are both unavailable.

West Ham United defender Winston Reid is ruled out because of suspension.

Mark Hughes has won his last two home matches against David Moyes, beating Man Utd in February 2014 and Sunderland in October 2016, after winning none of his first nine against the Scot in all competitions (D6 L3).

Chicharito has scored five Premier League goals against Stoke City, only scoring more in the competition against Wigan Athletic (6).

Having beaten Chelsea and drawn with Arsenal, West Ham manager David Moyes can go three matches unbeaten in the PL for the first time since March 2014 with Manchester United.

Mark Hughes: "West Ham are getting people behind the ball at the moment and David Moyes has them organised at the back. He is a good manager as he has proven over the years."

David Moyes: "We are buoyant, we are in good form, we feel good, we have got to there and try to get a result. We need results."

See: Moyes on settling in at West Ham