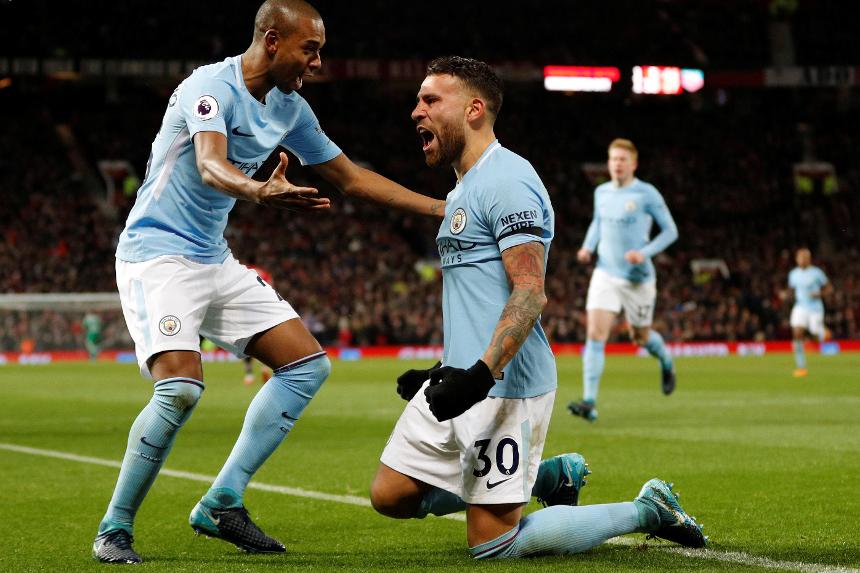 City are the first team to win 14 consecutive matches within the same season, and have equalled the top-flight record of 14 wins in a row, set by Arsenal across two campaigns in 2002.

They went ahead on 43 minutes when a Kevin De Bruyne corner ricocheted for David Silva to score from close range.

But to go 11 points clear at the top of the table City required a stunning late double save from Ederson, as Pep Guardiola's side ended United's 24-match unbeaten home run.