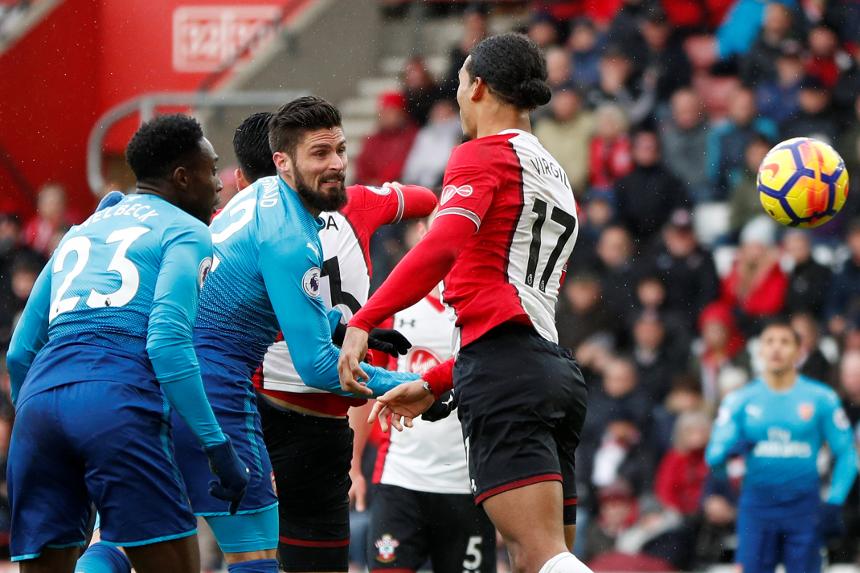 A late Olivier Giroud header rescued a point for Arsenal at Southampton.

The home side got off to a great start on three minutes at a cold and wet St Mary’s Stadium when Dusan Tadic fed Austin for his fourth goal in three matches.

Arsenal came into the match but could not find a way past Fraser Forster, who saved well from Aaron Ramsey.

After the break, Arsenal continued to dominate but Southampton always threatened, with Oriol Romeu hitting the bar on 61 minutes and Ryan Bertrand shooting wide when through.

Arsenal looked to be heading for defeat, when Giroud, a substitute, glanced in Alexis Sanchez’s left-wing cross two minutes from time.

The points shared lift Arsenal back above Tottenham Hotspur into fifth. Southampton stay 11th after Everton's draw at Liverpool.