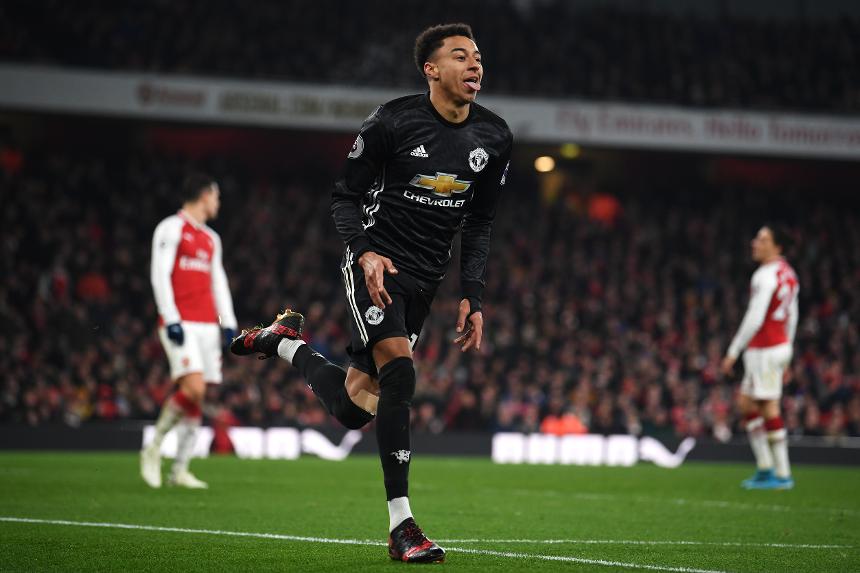 United were 2-0 up after only 11 minutes at Emirates Stadium after defensive mistakes from Arsenal.

Antonio Valencia scored after a one-two with Paul Pogba on four minutes, then Anthony Martial played in Lingard to score.

Arsenal had been thwarted by De Gea’s brilliance, making a joint-record 14 saves, until Aaron Ramsey set up Alexandre Lacazette to fire in four minutes after the break.

Lingard made it 3-1 on a breakaway, cleverly set up by Pogba, who then got sent off after 74 minutes.

It did not stop United claiming the three points that took them to within five of leaders Manchester City, who play Huddersfield Town on Sunday. Arsenal slip to fifth.