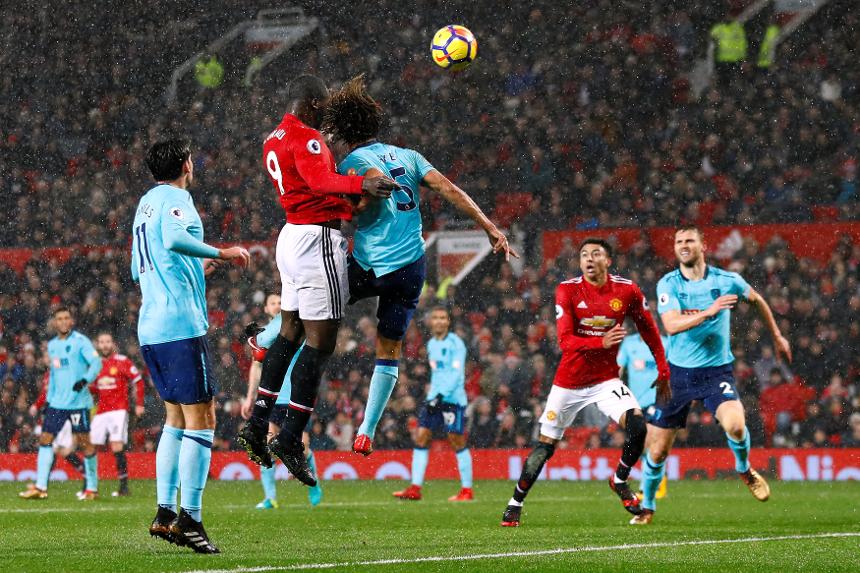 The Cherries had chances early on as Joshua King was denied by an excellent tackle by Phil Jones and David De Gea saved a Charlie Daniels shot.

After 25 minutes, Lukaku outjumped Nathan Ake to meet Juan Mata's cross and head into the top corner, beyond the diving Asmir Begovic.

United substitute Marcus Rashford hit the crossbar with 17 minutes left before Ake sent a header over for an AFC Bournemouth side who remain 14th.