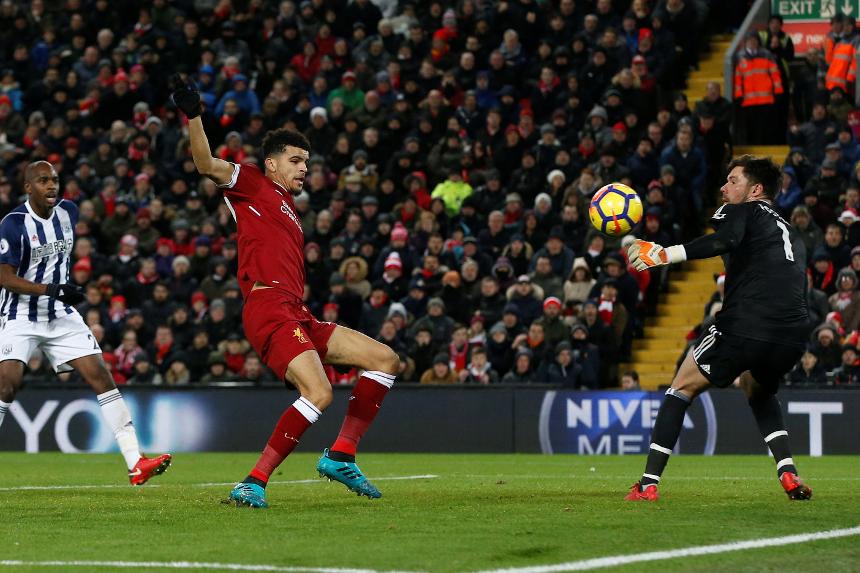 Liverpool made it two points from two home matches in four days as they were held 0-0 by a stubborn West Bromwich Albion at Anfield.

West Brom nearly took the lead on 25 minutes as Hal Robson-Kanu struck the woodwork with a long-range effort.

Roberto Firmino and Mohamed Salah came close for Liverpool but, at the other end, Loris Karius saved well from a Claudio Yacob header.

With nine minutes remaining, Dominic Solanke thought he had scored the winner for the Reds but it was ruled out for handball.

Liverpool drop to fifth on 31 points, while West Brom replace Crystal Palace in 17th on 14 points.