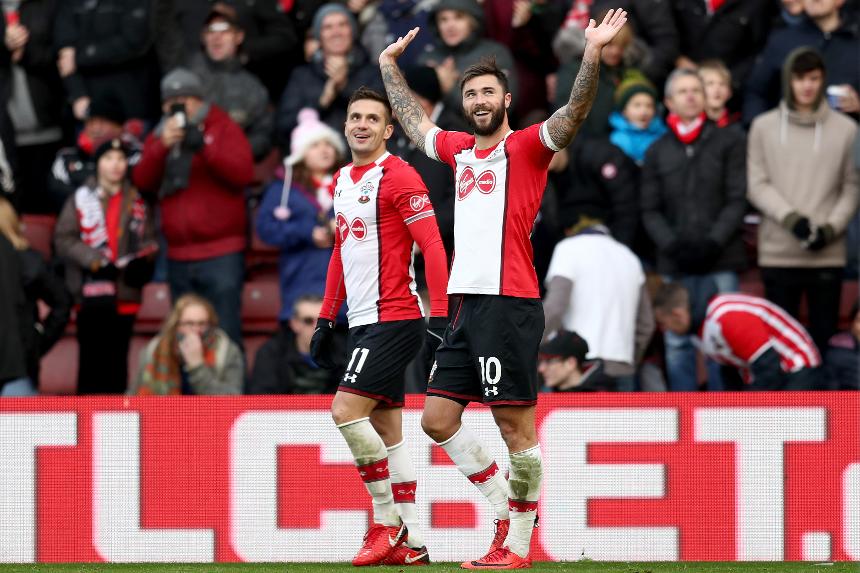 Dusan Tadic put Saints ahead in the 18th minute with a smart finish from Ryan Bertrand's through-ball but Everton equalised through Gylfi Sigurdsson's first PL goal for the Toffees, in first-half stoppage time.

Austin put Saints ahead again with a header from Bertrand's cross seven minutes after the restart and soon made it 3-1 with an almost identical header, this time from Tadic's centre.

Steven Davis secured a convincing win that took his side on to 16 points, when firing in from the edge of the area with three minutes left.