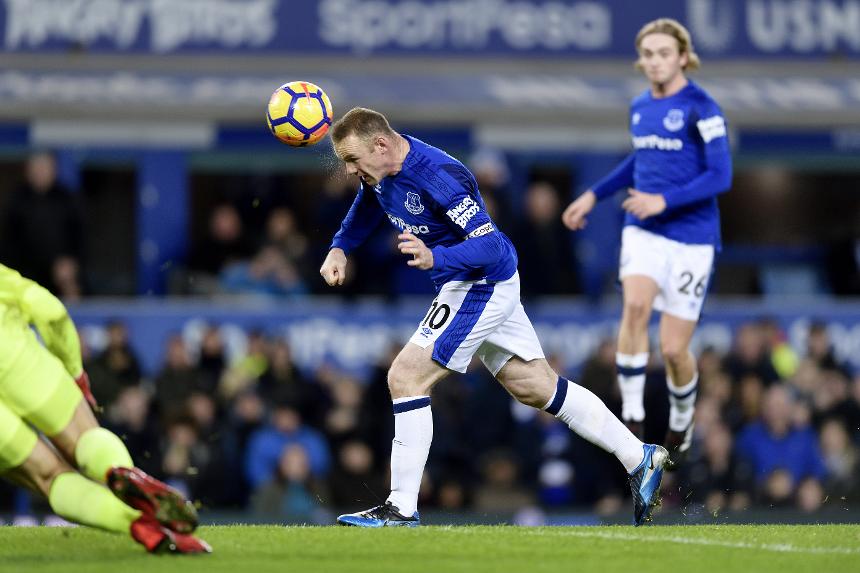 Wayne Rooney's brilliant hat-trick, including a goal from inside his own half, gave Everton a 4-0 win over West Ham United before the incoming manager Sam Allardyce.

His first goal came on 18 minutes when he followed up his penalty after it had been saved by Joe Hart.

Ten minutes later it was 2-0, Rooney slotting in unmarked from a Tom Davies cross.

Rooney completed his hat-trick with a first-time shot from well inside his own half after Hart's clearance.

Ashley Williams' header made it 4-0 and moved Everton up to 13th. West Ham are 18th.