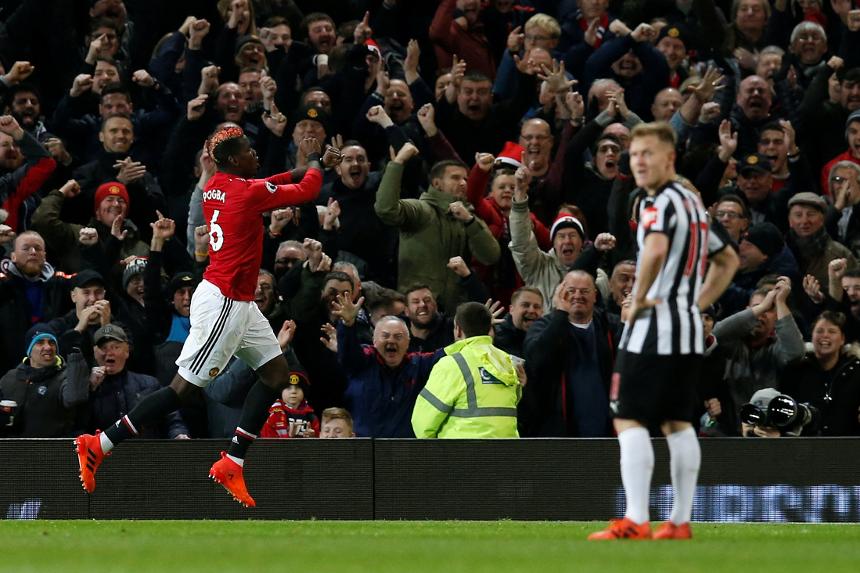 Paul Pogba scored and provided an assist on his return from injury as Manchester United earned a 4-1 comeback win over Newcastle United.

Dwight Gayle became the first opponent to score at Old Trafford in the PL this season when he put Newcastle 1-0 up from DeAndre Yedlin's cutback.

After the break, Pogba tapped in from Marcus Rashford's knockdown before going off in the 70th minute.

Soon after Romelu Lukaku slammed in the fourth and Zlatan Ibrahimovic returned from injury to a standing ovation late on.

The win puts Man Utd second in the table. Newcastle are 11th.