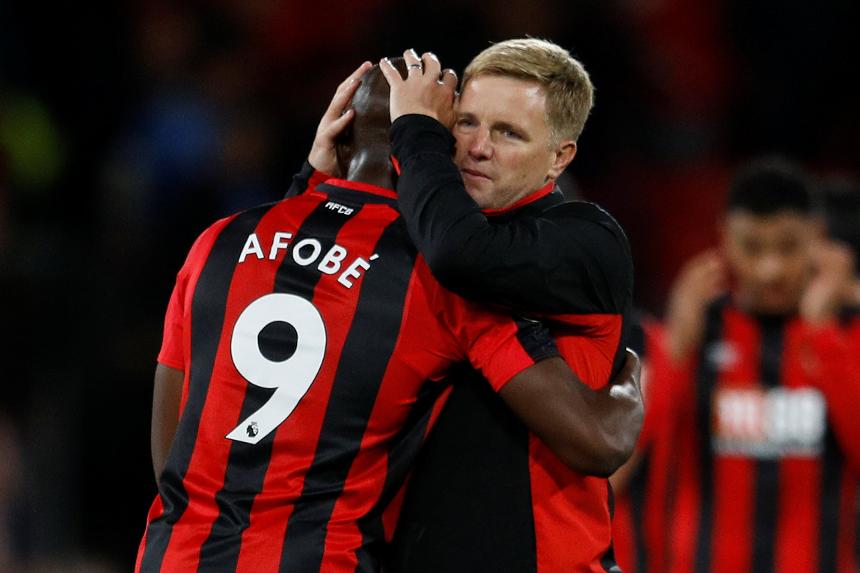 AFC Bournemouth have Benik Afobe back available but Junior Stanislas (groin) is out and a late decision will be made on Joshua King (back).

This will be the 847th different Premier League meeting in the competition's history.

Huddersfield Town have won only one of their last 10 meetings in all competitions with AFC Bournemouth (D5 L4).

AFC Bournemouth have never lost a PL home match against a promoted side (W5 D1), winning the last five in a row by an aggregate score of 17-3.

The Terriers could become the 40th different PL opponent whom Jermain Defoe has faced. He’s scored against 36 of them, and only Frank Lampard (39), Andrew Cole (38) and Alan Shearer (37) can better that.

Eddie Howe: "We know the importance of this game. Our run now will define our season and we've got off to a good start with it."

David Wagner: "AFC Bournemouth is a team I like; they like to play on the grass but we feel prepared. Hopefully we have found some areas where we can hurt them and I’m excited."

See: Who will replace suspended Schindler?