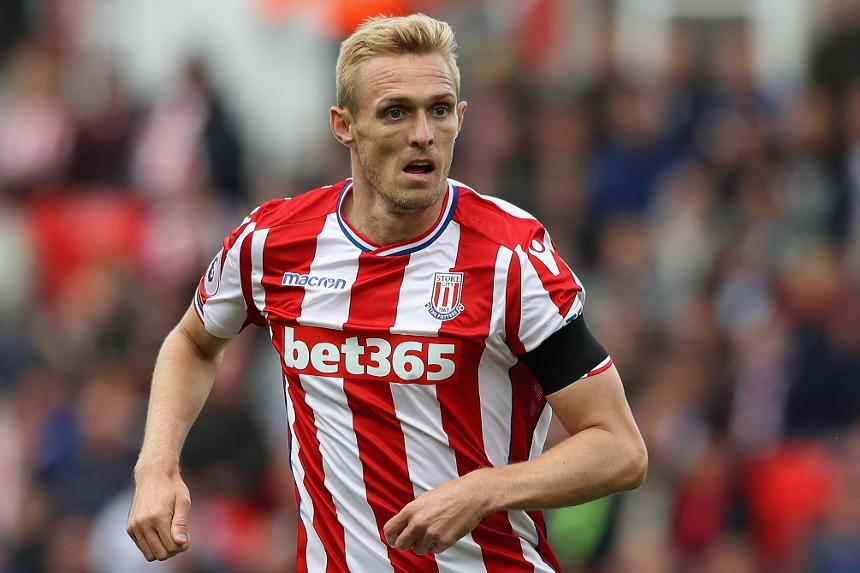 Hughes full of praise for plucky Potters External Link
Matchweek 11: What we learned

When Stoke City visit Brighton & Hove Albion after the international break, Darren Fletcher will have history in his sights.

That is because when he played during Stoke's 2-2 draw with Leicester City on Saturday, the midfielder equalled Gary McAllister's record for most Premier League appearances by a Scottish player (325).

Most PL apps by Scots

Fletcher has caught McAllister after stringing together a remarkable run of consecutive matches in the top flight.

Saturday was the 102nd successive PL match in which Fletcher had played, the joint-fifth longest run by an outfield player in the competition's history.

The run began on 8 February 2015, in a 2-2 draw with Burnley in his first match after leaving Manchester United for West Bromwich Albion.

If he were to break the all-time record for an outfield player, held by Frank Lampard, the 33-year-old would have to play in each of Stoke's next 63 fixtures; a run that would extend to Matchweek 36 of next season.

Most consecutive matches by outfield players

Fletcher has the longest streak of all players active in the Premier League, with Watford goalkeeper Heurelho Gomes next on the list with 87 consecutive appearances.

The next best current outfield players are Cesar Azpilicueta (72) and Romelu Lukaku (48).

Brad Friedel remains the record holder for the most consecutive PL appearances including goalkeepers (310).

See: Country by country: Who has the most PL appearances?