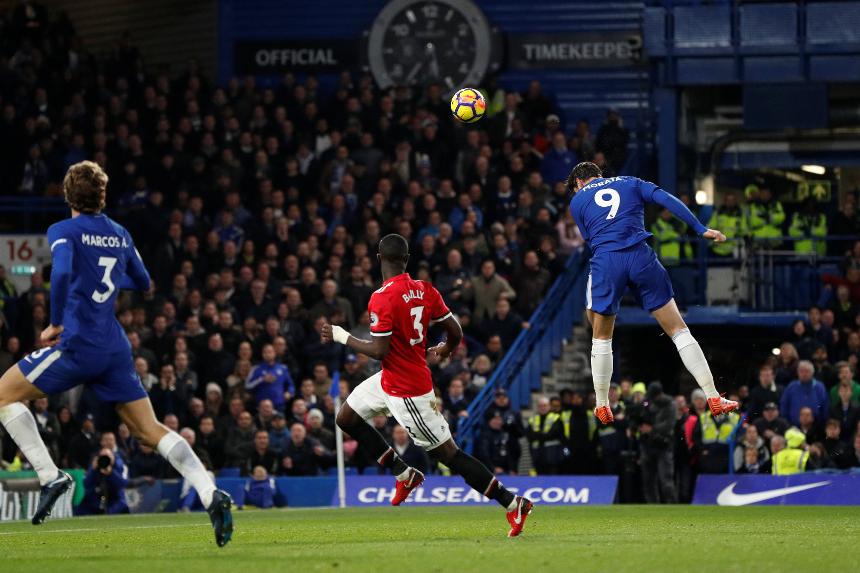 Alvaro Morata scored his seventh goal of the season as Chelsea earned a 1-0 victory over Manchester United at Stamford Bridge.

Tiemoue Bakayoko twice came close for the dominant hosts before a Phil Jones own goal was ruled out for a push by Morata.

Marcus Rashford headed Ashley Young’s cross over but Chelsea were worthy of their victory.

It came courtesy of Morata, who powered Cesar Azpilicueta’s pinpoint cross in on 55 minutes; the fifth time the two Spaniards have combined for a goal by the striker.

Marouane Fellaini was thwarted late on by Thibaut Courtois and Rashford drove a free-kick just over but Chelsea held on for a 10th win in 16 PL encounters with United.

The Blues move to within a point of Jose Mourinho’s second-placed side.