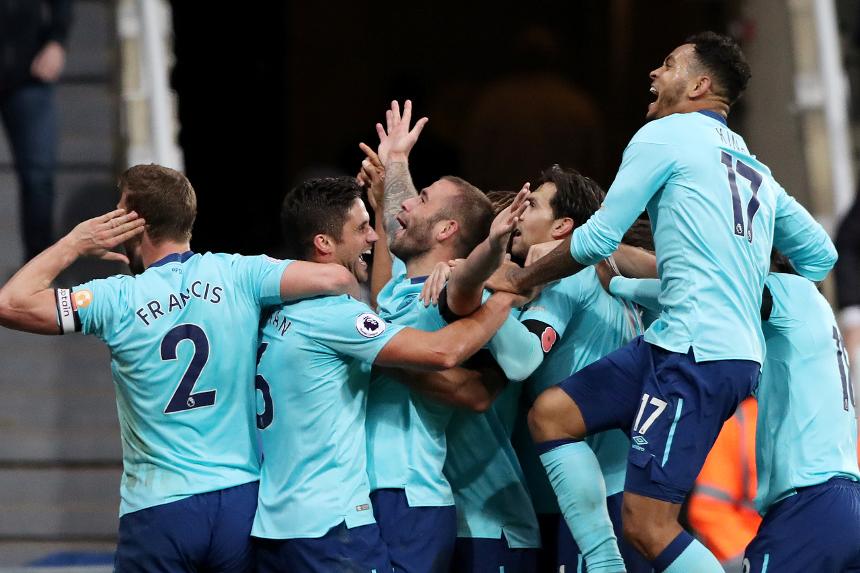 Atsu: "I have nothing to prove to Bournemouth" External Link

A late winner from Steve Cook gave AFC Bournemouth a 1-0 victory at Newcastle United as they moved out of the relegation zone.

Newcastle started well, with Matt Ritchie forcing a save from Asmir Begovic and then hitting a post, while Dwight Gayle’s follow-up was ruled out for offside.

But AFC Bournemouth rallied and Callum Wilson fired wide when through on goal.

Marc Pugh hit a post in the 89th minute, but the Cherries fashioned another chance in stoppage time and Cook made no mistake with his header from Andrew Surman's corner.

With successive away PL wins for only the second time, AFC Bournemouth climbed three places out of the drop zone, above Swansea City who lost, while Newcastle have dropped two to 11th.