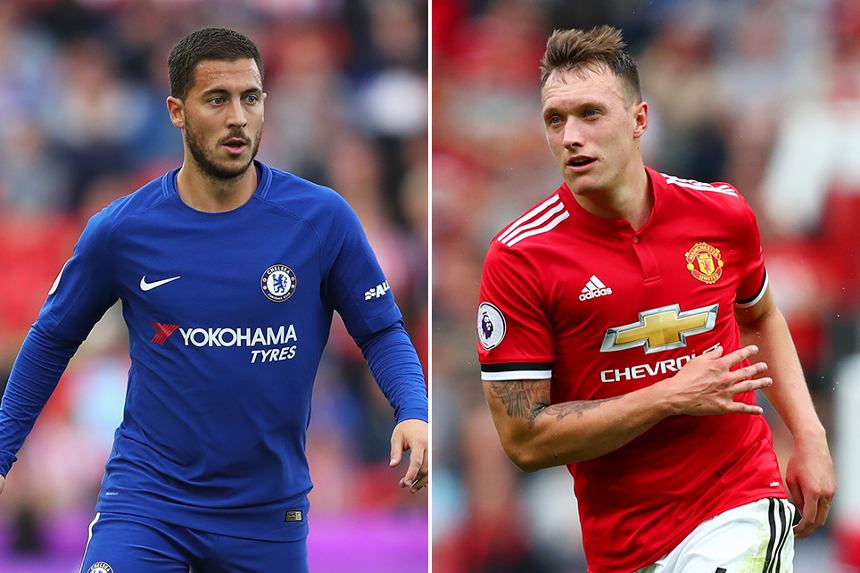 Chelsea's Eden Hazard will face a mean Manchester United defence led by Phil Jones at Stamford Bridge on Sunday. Who will come out on top? Will Rickson, of Sky Sports, examines the statistics.

Hazard scored his first Premier League goal of the season when Chelsea secured three points at AFC Bournemouth last Saturday, while Jones has been the leader of the Man Utd defence this season, starting all 10 Premier League matches in a team who have conceded only four goals.

Jones's importance is emphasised by the fact that he was off the pitch due to injury when two of those goals were conceded in the shock defeat at Huddersfield Town.

That means United have only conceded two goals (both away to Stoke City) in the 833 minutes that Jones has been on the pitch in the League this season.

In fact, Jones's minutes-per-goal-conceded rate is by far the best of any regular defender to have played a minimum of 600 minutes in 2017/18.

But at Stamford Bridge Hazard and Chelsea will provide one of Jones and United's sternest tests so far this season.

Since his first Premier League start of the season against Manchester City at the end of September, the rankings show Hazard back among the very top players in the categories where he has traditionally excelled: dribbles completed, chances created and free-kicks won.