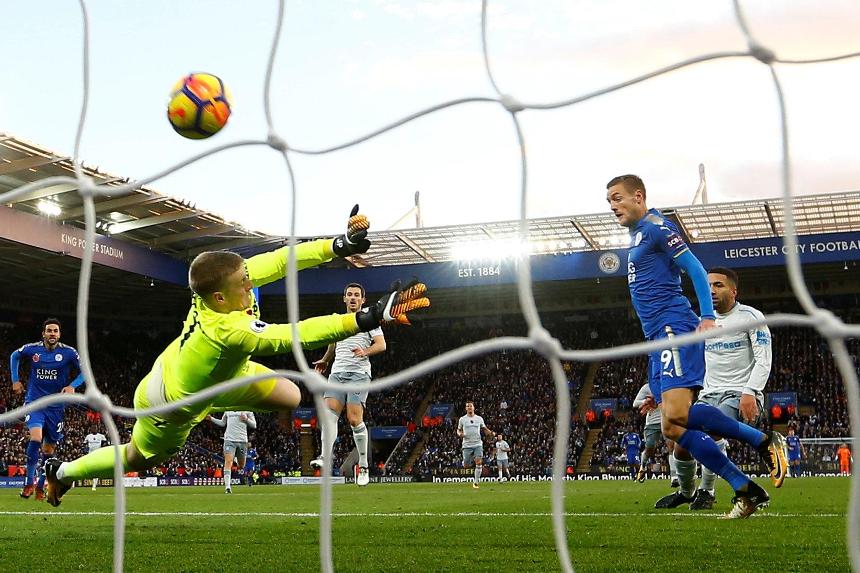 Three Wins On The Spin For City External Link

Puel brought Gray back into the starting XI and the winger created the opening goal when he sprinted 60 yards and set up Riyad Mahrez to cross for Jamie Vardy.

Gray then scored the second on 29 minutes as his cross-cum-shot was sliced into his own net by Jonjoe Kenny.

Everton nearly pulled one back but Dominic Calvert-Lewin could not connect with Aaron Lennon's pass when through on goal.

Toffees caretaker manager David Unsworth made two changes at half-time, giving Beni Baningime a Premier League debut, but they could not fight back and remain in the relegation zone.

Leicester are up to 11th after successive victories.