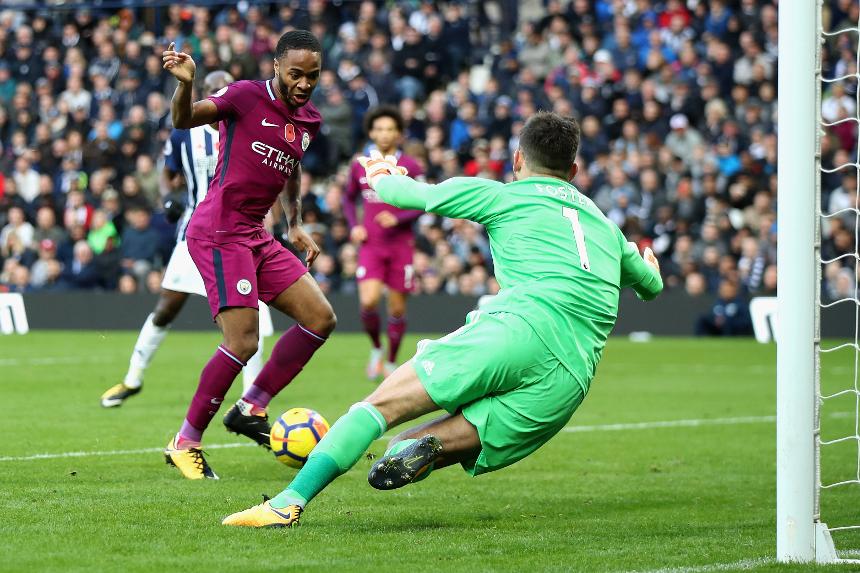 Raheem Sterling scored the decisive goal as Manchester City beat West Bromwich Albion 3-2 to record the best record ever after 10 matches in the Premier League.

Three minutes later, it was 1-1 when Gareth Barry chipped to Jay Rodriguez, who beat Ederson.

West Brom were not level for long. Sane found Fernandinho and his deflected effort went in off a post on 15 minutes.

Sterling doubled the lead, finishing a cross from Kyle Walker on 64 minutes, before Matt Phillips netted a late consolation.

The win means City have beaten the 10-match start of Chelsea in 2005/06 by goal difference and extended their lead to five points. West Brom drop to 15th.