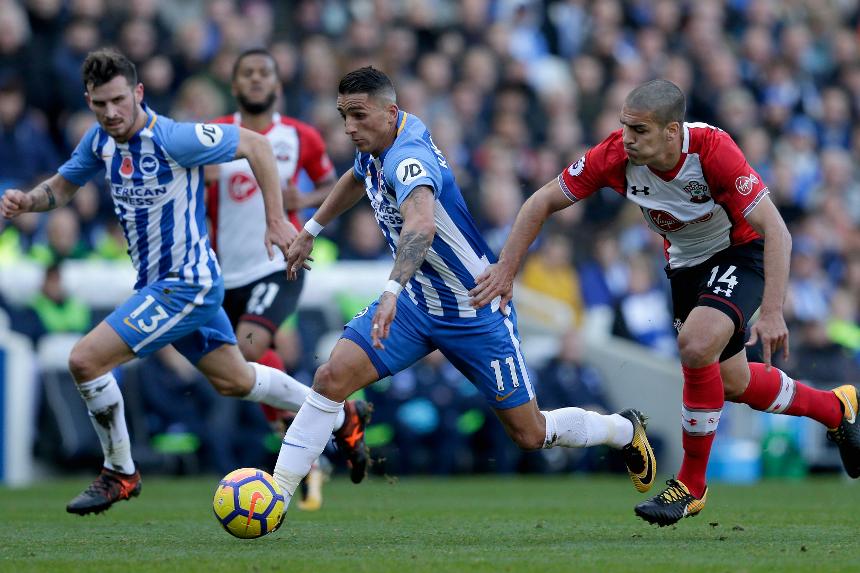 Murray struck on 52 minutes when he rose at the far post to head in Pascal Gross’s hanging cross.

The visitors had taken the lead with just seven minutes played when Steven Davis headed in the rebound after James Ward-Prowse had struck the post with a 25-yard free-kick.

Saints might have found a winner with 20 minutes left but Manolo Gabbiadini’s effort was deflected over by Lewis Dunk’s superb tackle.

The draw takes Southampton up to ninth, two places and a point ahead of the Seagulls.