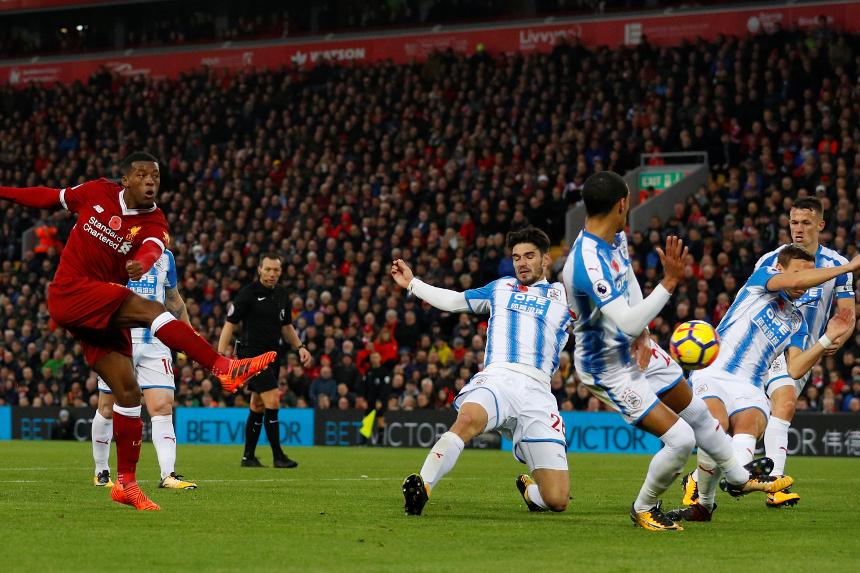 The Reds, who lost Dejan Lovren to an injury in the warm-up, were awarded a penalty five minutes before half-time but Mohamed Salah's spot-kick was saved by Jonas Lossl.

But Liverpool did break the deadlock five minutes after the restart, when Daniel Sturridge lobbed the ball over the goalkeeper.

Roberto Firmino extended the lead with a header from James Milner's corner before Georginio Wijnaldum completed the scoring with 15 minutes remaining, firing a right-footed shot into the top corner.