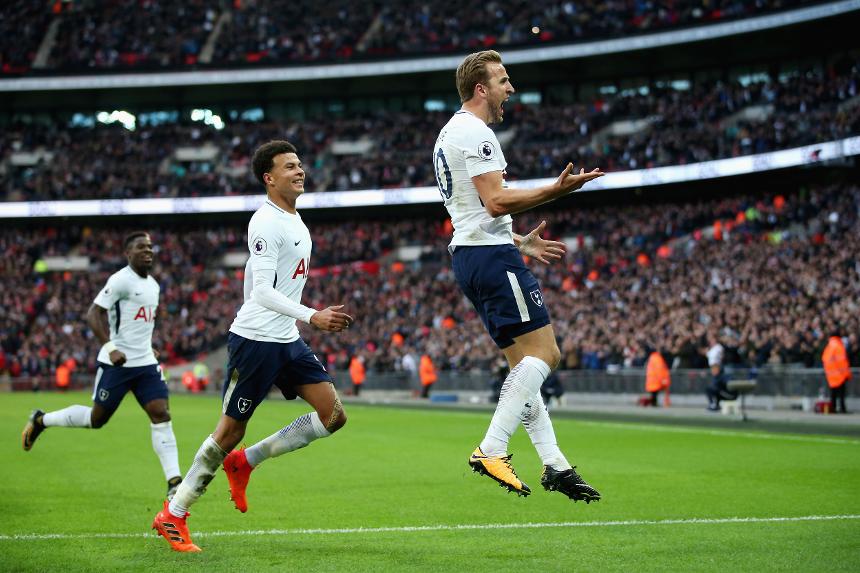 Henderson: It's up to us to put things right External Link

Harry Kane scored twice as Tottenham Hotspur triumphed 4-1 against Liverpool, on a day when they set a Premier League attendance record at Wembley Stadium.

A total of 80,827 people filled the ground as they moved level on points with second-placed Manchester United, whom they visit next Saturday.

Kane opened the scoring after four minutes, when Kieran Trippier played him in after a Dejan Lovren error, before the striker set up Son Heung-Min to slot in the second on the counter-attack.

Mohamed Salah pulled a goal back for Liverpool but Dele Alli volleyed in Spurs' third just before half-time.

Kane fired in from close range after the break, making him the top PL scorer this season with eight goals.