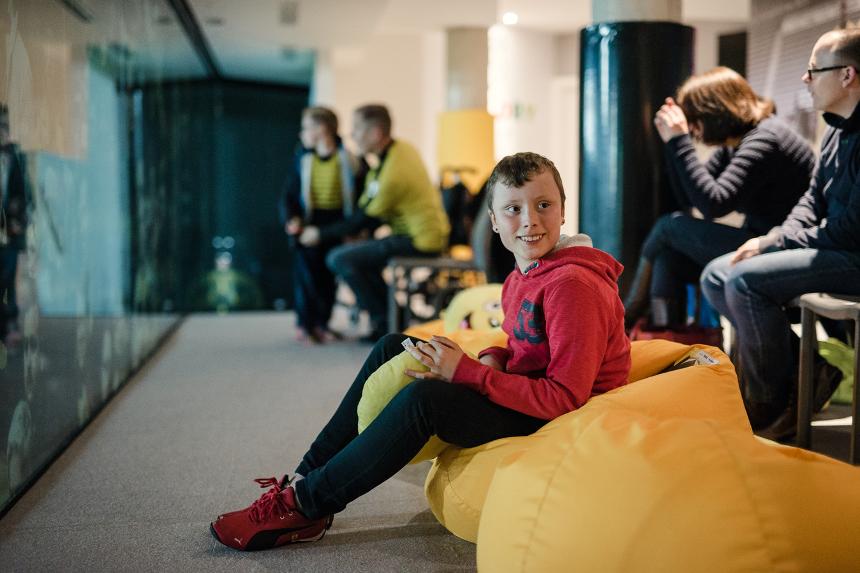 All clubs began a programme of work and substantial progress has been made across the League.

Given the differing ages and nature of their stadiums, some clubs have, and still do face, significant challenges.

They are working through issues relating to planning, how to deal with new stadium development plans, how to best manage fan disruption or, in cases where clubs don’t own their grounds, working with third parties.

Our clubs are committed to working through these challenges and building on the long tradition of disabled fans being welcome at football matches.

As a family of Watford FC supporters with an autistic son, Joe's parents are used to planning match attendance with military precision: "We usually need at least three adults in the group to enable us to take Joe with us to a match" explains his mother Christine.

"As well as the sensory overload that Joe gets from a football match with all the noise, the smells and the crowds, we worry about losing him.

"It would only take one second of him being distracted and he could wander off into the crowd. And if he did get lost, there is certainly no guarantee that he would hear his name over the tannoy - or go to the information desk."

This season, Joe and his mother Christine were able to have a far less stressful match experience at the newly opened Sensory Room at Watford FC.

The room has an adjustable crowd noise filter, a match viewing area, the sensory area itself and specially-trained staff on hand.

Christine is delighted with the impact the room has had.

"If we were sitting in the stands, Joe would often shout out or sing at inappropriate times, meaning everyone would stare at us - because of course Joe doesn't 'look' disabled.

"We'd often have to get up and take him out for a break, which would disturb people.

"A simple thing to most people, like your child being able to go to the toilet independently, is a big thing for Joe.

"Just having access to that lovely toilet next to the Sensory Room without the crowds was fantastic. During his time in the room, Joe went from being non-communicative to gaining confidence with the adults and the other children in the room.

"To be able to come to the Sensory Room and know that Joe is safe and we can all enjoy the football without worrying makes a huge difference."

Home for all Reds

When he was nine, Christian Boyd was diagnosed with a condition called Sensory Motor Neuropathy - a disease of the nerves that causes extreme pain and fatigue in the legs and arms.

For many people with this condition, football would not be an option they would even consider. For Christian, not playing football was not an option.

This season at a training session for Manchester United's Ability Counts football team, Christian was given the opportunity of a lifetime when he was surprised with the chance to interview Zlatan Ibrahimovic as part of Manchester United's Home For All Reds stadium accessibility project.

"I only found out on the day that I would be interviewing Zlatan. I was really nervous because it was an opportunity I never expected to happen.

"It was a brilliant experience doing the interview though."

And the Zlatan he met wasn’t quite the same as the one he had seen on the pitch. "I was really surprised at how easy it was to talk to him and how friendly he was," he said.

Christian is certainly impressed with the steps Manchester United are taking to ensure the accessibility of Old Trafford, which include the Ability Suite, Changing Places facility and friends and family seating in disabled areas.

"I think it's a brilliant idea. For me, the main difference it will make is the day will run more smoothly and be more enjoyable."