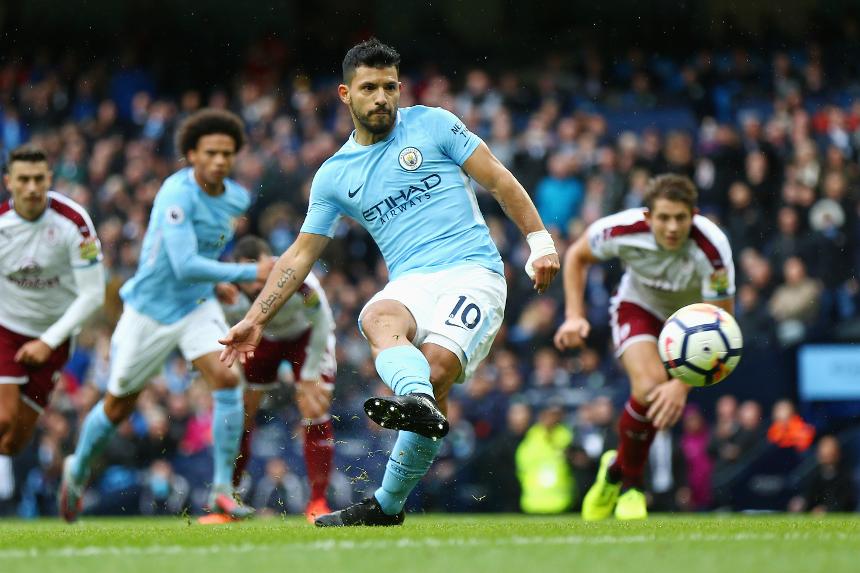 Manchester City extended their lead at the top of the table to five points, capitalising on Manchester United's defeat at Huddersfield Town, with a 3-0 victory over Burnley.

Despite losing striker Chris Wood to injury Burnley had a chance to equalise but Scott Arfield's shot was blocked after an Ederson error.

But City struck twice within two second-half minutes to remain the Premier League's only unbeaten team.

Nicolas Otamendi headed in a corner from Leroy Sane, who was then set up by Kevin De Bruyne to score.