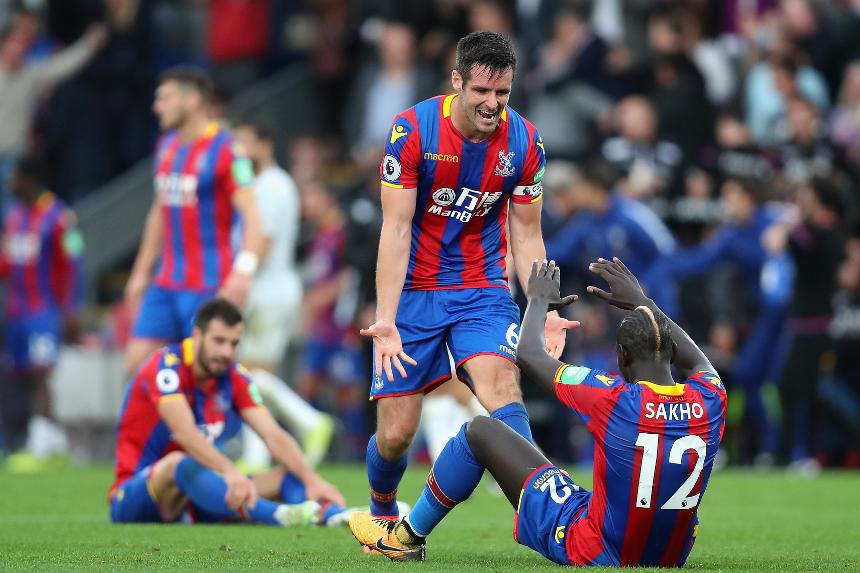 Only two bottom teams have beaten the defending champions and stayed up, but Eagles have one factor in their favour

Crystal Palace’s shock 2-1 defeat of Chelsea on Saturday was notable not only for the first goals and points that the Eagles have earned this season.

It was also only the sixth time in Premier League history that the team lying at the bottom of the division at the start of day had beaten the defending champions.

You do not have to go far to find the most recent occasion.

It was last season, when Leicester City were beaten, also 2-1, by Sunderland.

That surprise reverse had been the earliest in the season the champions had lost to the last-placed side in the PL until Palace’s win on Saturday.

It was also the second time Chelsea had experienced such a fate, the first being a loss at Wolverhampton Wanderers in 2010/11.

Roy Hodgson's side will hope they can emulate that Wolves side and use the three points to lift themselves off the foot of the table and avoid relegation.

On only one other occasion, Coventry City in 1995/96, has the bottom team been able to build on a victory over the champions and climb out of the bottom three by the season’s end.