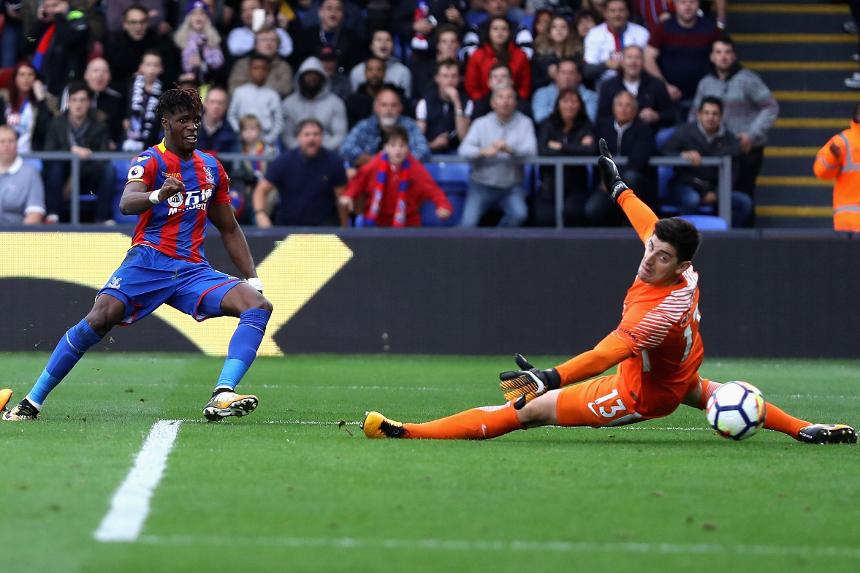 Crystal Palace ended a run of seven successive Premier League defeats by stunning Chelsea with a 2-1 win at Selhurst Park.

The home side took the lead on 11 minutes when Andros Townsend's cross was collected by Yohan Cabaye and his effort deflected in off Cesar Azpilicueta for their first goal of the campaign.

The champions were level just seven minutes later when Tiemoue Bakayoko headed in a corner from Cesc Fabregas.

Wilfried Zaha fired Palace into the lead on the stroke of half-time with a low finish beyond Thibaut Courtois after Willian was dispossessed by Mamadou Sakho.

Chelsea almost made it 2-2 on 50 minutes, but Fabregas' 25-yard strike clipped the top of the crossbar.

Despite victory Palace remain bottom on three points, while Chelsea, who have suffered back-to-back defeats, are fourth with 13 points.