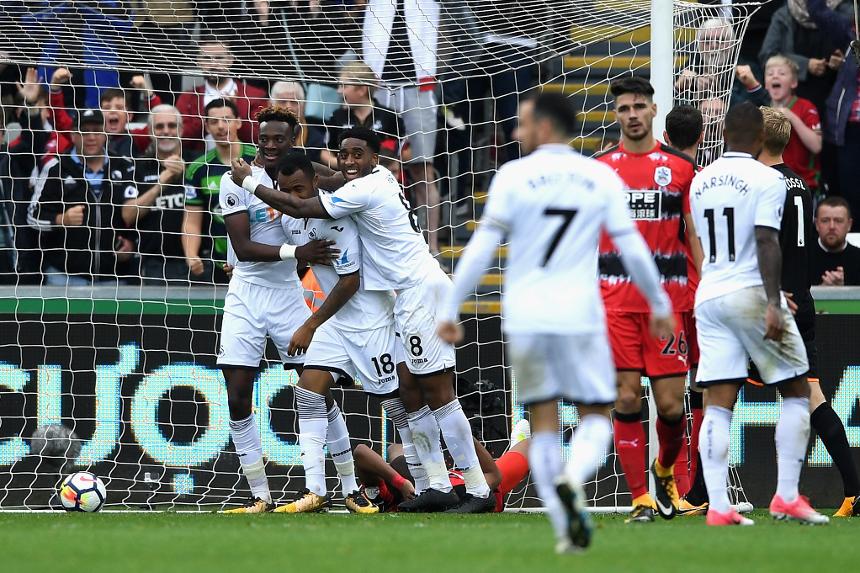 His first was on 42 minutes when a mistake by goalkeeper Jonas Lossl allowed Tom Carroll to set him up for a simple finish.

The striker netted his second two minutes after half-time when he tapped Jordan Ayew's goalbound effort over the line.

Huddersfield rarely threatened but almost grabbed a consolation when Rajiv van La Parra's shot deflected off Kyle Naughton and on to the crossbar.

Swansea move up to 13th on eight points, with Huddersfield two places above them on nine.

Available for 24 HOURS ONLY! pic.twitter.com/GTMe4DINwr