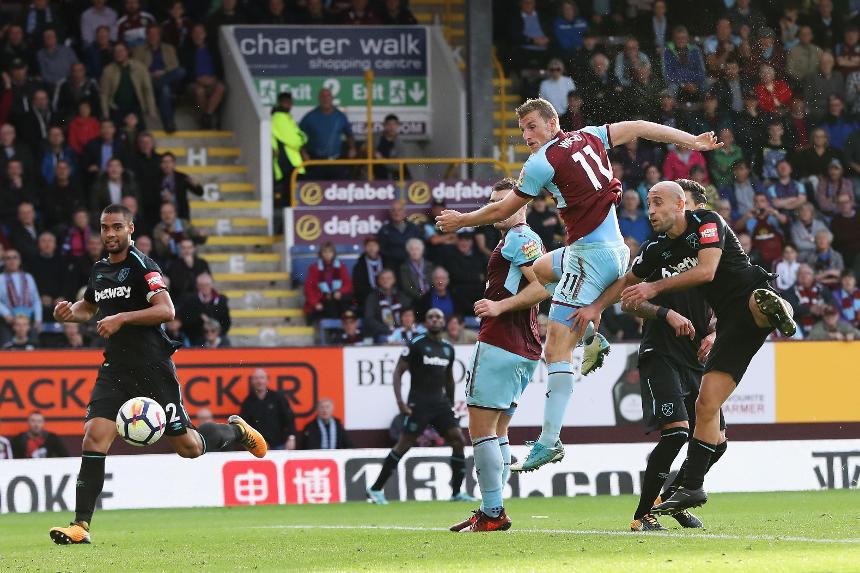 Michail Antonio opened the scoring when he capitalised upon a defensive mix-up from Joe Hart's clearance to round Burnley goalkeeper Nick Pope for his first goal of the season.

West Ham striker Andy Carroll was sent off for two yellow cards within the space of 99 seconds, both for elbows when contesting headers.

Slaven Bilic’s side looked to be heading for a hard-fought win until Wood headed in Johann Berg Gudmundsson's cross on 85 minutes.

The draw means Burnley are sixth, while the Hammers climb to 14th.