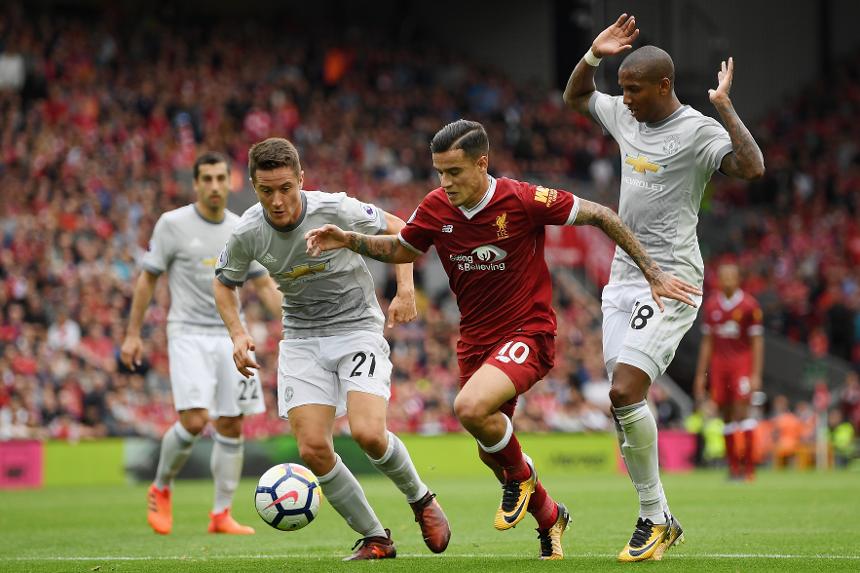 For the second season running Liverpool and Manchester United played out a goalless, but entertaining, draw at Anfield.

United were indebted to David De Gea for some excellent goalkeeping.

His best save came on 35 minutes when he stuck out a foot to deny Joel Matip from close range, before Mohamed Salah missed the rebound.

United might have equalised just before the interval but Romelu Lukaku was thwarted by Simon Mignolet after a one-touch move involving the Belgian and Anthony Martial.

On 55 minutes Joe Gomez picked out Emre Can who volleyed wide, and Dejan Lovren headed over late on, but a lively home side could find no breakthrough.

Unbeaten Man Utd went top of the table before Manchester City moved back above them later in the day. Liverpool's third draw in four matches leaves them seventh.