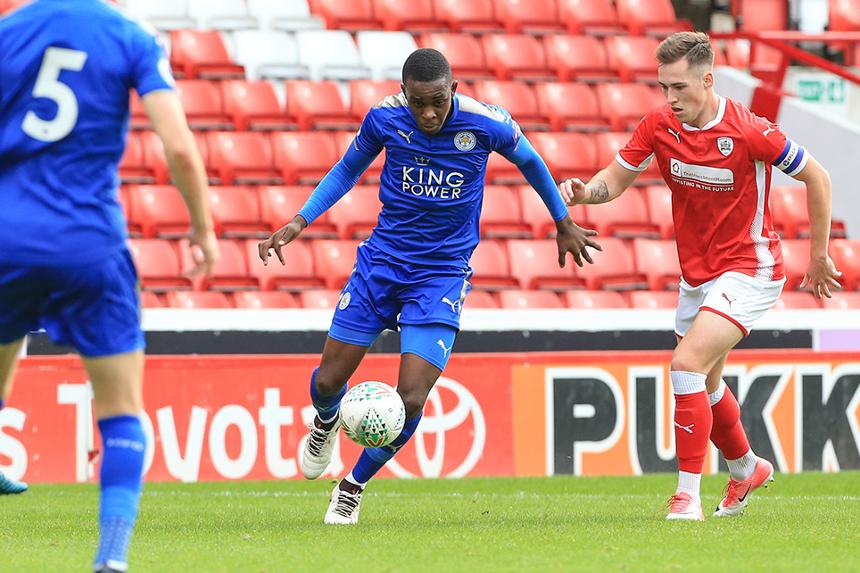 Admiral Muskwe scored twice and Josh Gordon marked his 23rd birthday with a goal as Leicester City opened their Premier League Cup Group F campaign with a 3-1 victory over Barnsley at Oakwell.

The Foxes had already hit the post before Muskwe gave them the lead from the edge of the area midway through the first half.

Matty Wolfe quickly equalised for the Tykes with a header before Gordon restored Leicester's advantage with a superb strike two minutes later.

Muskwe sealed the victory from close range in the 87th minute.

Leicester's next Premier League 2 fixture is away to Tottenham Hotspur at Enfield on Friday 13 October.

Watch the goals from Leicester's win

⚽️🙌 Catch all the goals from #lcfcu23s' Premier League Cup victory over Barnsley on Tuesday... pic.twitter.com/rVPY5uLfMa