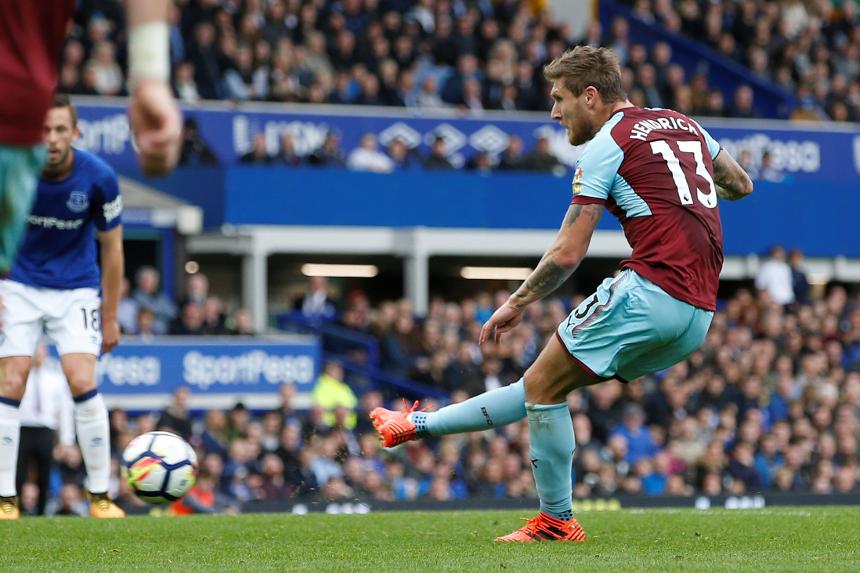 Burnley moved into the top six of the Premier League as they continued their superb away form with a 1-0 success at Everton.

Unbeaten at Chelsea, Tottenham Hotspur and Liverpool this season, Burnley led through Jeff Hendrick's composed finish after Stephen Ward made the 24th pass of a brilliant team move on 21 minutes.

Oumar Niasse, making his first PL start of 2017/18 after his winning double against AFC Bournemouth, headed off target.

Ashley Williams' effort was then deflected wide as Everton could not find a way past a resolute Burnley defence led by man-of-the-match James Tarkowski.

Burnley are sixth on 12 points, while Everton drop to 16th with seven points.